The Making of POWER

The Making of POWER

POWER combines autobiographical content about a circus strong lady, with the extraordinary stories of ‘ordinary’ people. Coming to the Connaught Studio on the 10 November 2021, we hear how Charmaine Childs created her remarkable solo circus-theatre performance.

I asked this question to as wide a range of people as I could find: “can you tell me about a time when you felt really powerful?” Everyone’s first response was that they ‘wouldn’t have a story like that…’ but with a little exploration, everyone had an incredible story to tell. People are amazing.

I share these stories through a combination of voice over + circus/dance physicality + verbal storytelling. The voices of people and recorded interviews are integrated throughout the soundtrack. Working with an incredible composer (Matt Eaton), I have been able to interact with their voices in various ways; such as weaving between direct address to the audience as I tell their stories. I also let the voice over tell the story while I respond with physical storytelling in circus choreography. As well as interacting with their voices in moments of conversation between the voice overs and I. 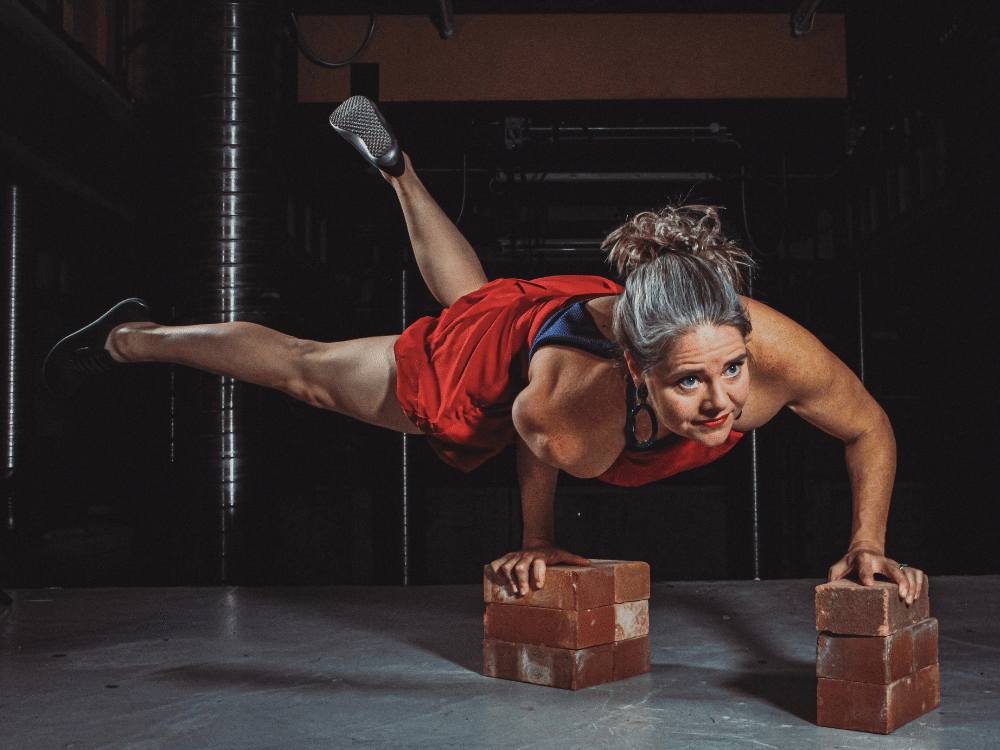 My aim is that the people who see the show will begin telling each other their own stories, of finding power and growing strength. I was determined to include, in the show, as wide a range of voices and stories as possible – to increase the chance for everyone in the audience to see their own experience reflected, in some way. When people were interviewed, telling their story was a way of reframing themselves as powerful – I want to give the audience that same glow.

In the small tour of 2020, this is precisely what happened! After shows, audiences were telling their own stories. They had laughed, been moved, thought deeply and when asked for feedback about how the show had made them feel, they used words like: hopeful, inspired, uplifted, seen and strong.

Beyond including their stories in the show, the process of interviewing people has shifted the way that I am using circus physicality to perform the work. I had expected stories about shining moments of triumph over an obstacle – of being invincible and in control. I had planned to make a show where I used perfectly executed feats-of-strength to illustrate stories of power… The research, however, told an inconveniently different story. No single story made it entirely clear, but by inviting perspectives of so many different people, it showed a pattern of feeling powerful when we accept that we are in the mess, then choose to keep going, to get up again, to adapt. It revealed the strength and resilience we build when we wobble.

I had to rethink the way I use circus skills in the show. Instead of performing feats-of-strength with ease, I developed a circus physicality that highlights paradox of power as both control and struggle. Circus tricks were reimagined to become storytelling tools rather than spectacle. I have worked with a theatre director, dance choreographers and circus director to enhance the physical storytelling – incorporating hand balance, acrobatic movement, juggling, balancing, manipulating objects, and dance. As a strong lady, this show asked that I show the strength in being vulnerable – and the connection that creates with the audience is very exciting!