An Evening with Lucy Worsley on Agatha Christie 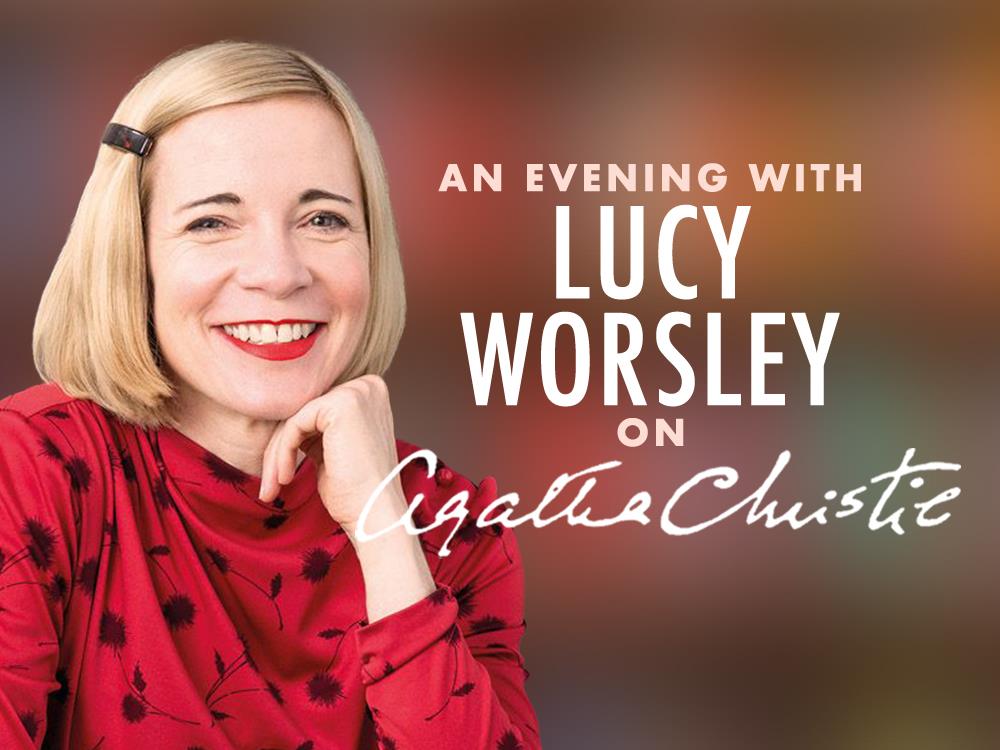 An Evening with Lucy Worsley on Agatha Christie

Spend an evening with the Queen of History, Lucy Worsley, as she delves into the fascinating life of the Queen of Crime, Agatha Christie.

For these unique, live illustrated talks, Lucy will present one most elusive and enigmatic figures of the twentieth century. Why did Agatha Christie spend her career pretending that she was ‘just’ an ordinary housewife, when she clearly wasn’t? Agatha went surfing in Hawaii, she loved fast cars, and she was intrigued by the new science of psychology, which helped her through devastating mental illness. So why – despite all the evidence to the contrary – did she present herself as a retiring Edwardian lady of leisure?

Sharing her research based on the writer’s personal letters and papers, Lucy will uncover the real Agatha Christie – the story of a person who, despite the obstacles of class and gender, became an astonishingly successful working woman.

This promises to be an entertaining and enlightening evening, emphasising not just Agatha’s unique gifts as a storyteller but her revolutionary qualities as a determined, successful, and thoroughly modern woman.

Lucy is Chief Curator at Historic Royal Palaces and a hugely popular writer, broadcaster and speaker. Her recent TV series include Blitz Spirit with Lucy Worsley (BBC One) and Lucy Worsley Investigates (BBC Two). Lucy has an OBE for services to history, and her series Suffragettes with Lucy Worsley won the BAFTA.

‘One brilliant woman writing about another: an irresistible combination.’ – Antonia Fraser


“One brilliant woman writing about another: an irresistible combination.”

Antonia Fraser
We use cookies on our website to give you the most relevant experience by remembering your preferences and repeat visits. By clicking “Accept”, you consent to the use of ALL the cookies.
Cookie settingsAccept
Manage consent