An Evening with Men at Risk and Friends 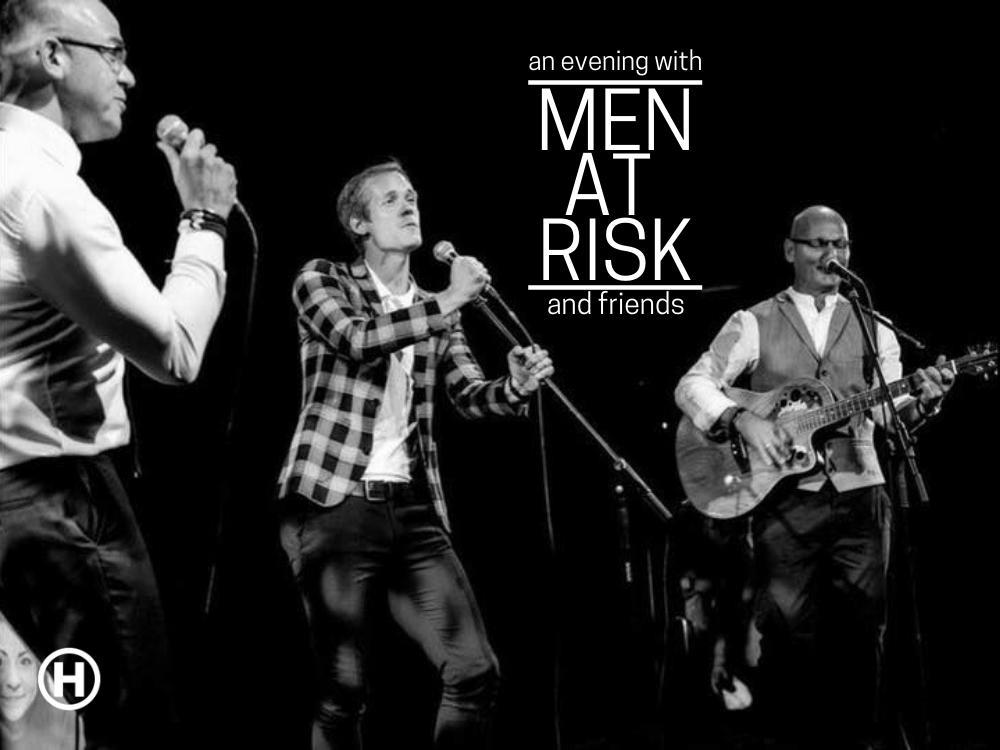 An Evening with Men at Risk and Friends

Join Men at Risk and Friends for a fun-filled night of music and laughter!

In a show where there is something for everyone, join us on a journey through songs old and new.

Men at Risk first formed when 3 friends combined their voices with one guitar! 10 years later, having raised thousands of pounds for charities including Cancer Research UK, they are celebrating with an evening that showcases their favourite covers – alongside the creative talents of their friends!

We are very excited that Maxine Cooper and Tim Fusciardi will be sharing the stage with the Men at Risk band during the course of an evening that celebrates an emotional 10 year long journey.

We are also delighted to announce that Kim Fenwick will be joining us on stage. Kim first entered the entertainment business as a child, appearing in musicals Oliver and Scrooge, as well as various TV commercials and dramas. In her teens, she appeared in the West End and began her singing career on the cabaret circuit. She retired from performing professionally in the late 90’s but has occasionally sung at various charity events.

Kim is extremely excited to be singing with Men at Risk and after just one rehearsal she is living the new experience!

All profits from the ticket sales will be donated to Cancer Research UK, so enjoy a fun filled evening with Men at Risk and Friends, whilst raising much needed funds for such an important charity.