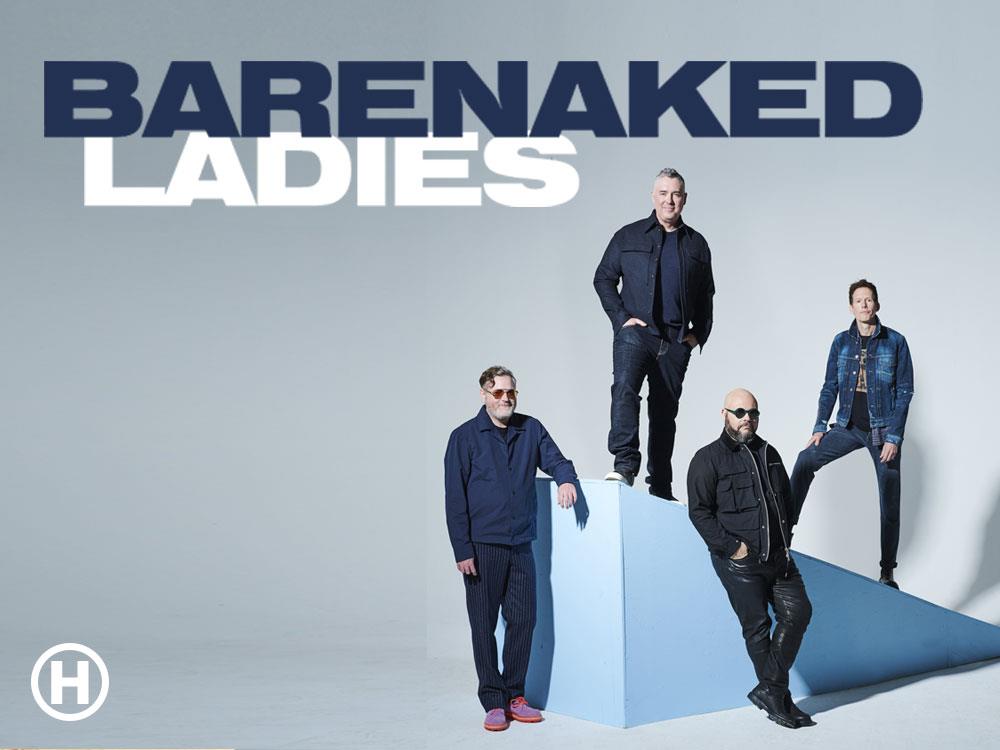 Strictly 14+. Under 18s must be accompanied by an adult

Barenaked Ladies weren’t dormant as the world shut down but the pause brought a fresh perspective to where the band wanted their new album Detour de Force to go. ‘We took several detours de force,‘ acknowledges Kevin Hearn, ‘but I think what you get is a beautiful hybrid of a live off-the-floor band, all the way to full-on production numbers.‘

The band will be back on stage in March; visiting Worthing as part of a UK tour!

Over the course of 33 years, the beloved quartet has sold 15 million records worldwide and built up an arsenal of hits such as ‘One Week‘, ‘Pinch Me‘, and The Big Bang Theory Theme. Widely acknowledged as one of the best live acts on the planet, BNL has hosted a cruise, had its own ice cream flavour, amassed eight JUNO Awards, and was inducted into the Canadian Music Hall of Fame in 2018. As Ed Robertson, Jim Creeggan, Tyler Stewart and Kevin Hearn put it on ‘Good Life,’ ‘Wasn’t easy but it turned out alright Wouldn’t trade it for another…You don’t wanna miss this mutha.‘

Please Note VIP tickets are available for this show through Eventim. For more information click HERE or HERE