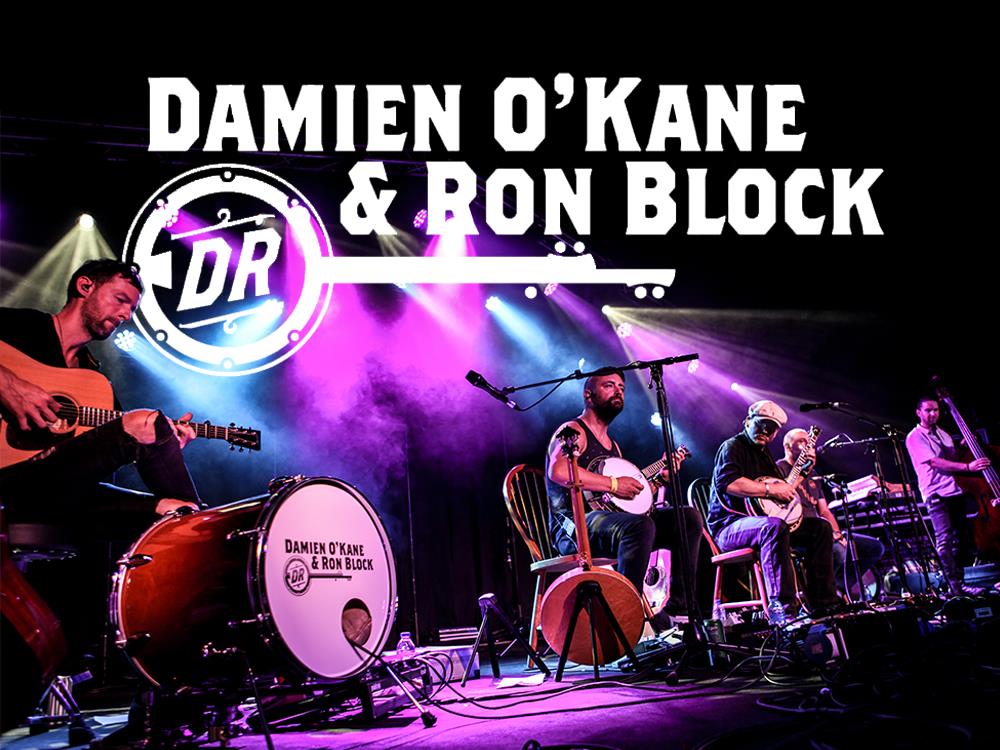 The Damien O’Kane and Ron Block Band reconnect and revitalise the carrying streams of Irish and bluegrass music.

What do you get if you cross an American bluegrass banjo and an Irish tenor banjo? In the case of Coleraine’s Damien O’Kane and California’s Ron Block you get fireworks – and a spectacular debut duo album that confounds expectations.

On either side of the Atlantic, O’Kane and Block decided to stop laughing at banjo jokes and concentrate instead on mastering the instrument. With two bold and acclaimed recent albums to his name, O’Kane thought it was high time to join forces with a musician he had long admired – Alison Krauss & Union Station’s banjo star and multiple award winner Ron Block (14 Grammy’s!) Widely regarded as two of the greatest exponents of the instrument they have collaborated to create what is arguably their own genre -‘Banjophony’. This means melding two different styles showcasing an instrument that proves incredibly versatile in the right hands.

Damien O’Kane and Ron Block Band’s new album ‘Banjophonics’ will be released on 1st July 2022. An exciting new album with a whole lotta banjo. Banjos are often more than noticeable in the mix of a full band’s sound, fast-fingered and fuel for the fleet-footed. Sometimes a banjo even gets a solo. But with Damien and Ron, it’s more like ‘banjo squared’ in their output than the mere addition of one banjo to another. There’s a heapin helpin of mutual respect, particularly for Ron’s eloquence and for Damien’s improvisational flair.

More than anything, there’s that oneness, which comes across both on stage and on record. It’s something about being brothers – from some mother or other.

A seasoned performer, Damien has donned the stages of many of the great festivals around the world including Cambridge Folk Festival, Celtic Colours in Canada, Celtic Connections and many many more. In addition he is a regular on the BBC Radio airwaves and continues to achieve many radio plays around the world.

Also a full-time member of Kate Rusby’s band (the UK’s leading female folk voice and winner of a Mercury Music Prize amongst many others) O’Kane is a also a much sought after session musician and Producer. Damien in his various guises is Irish Traditional and contemporary music at its very best.