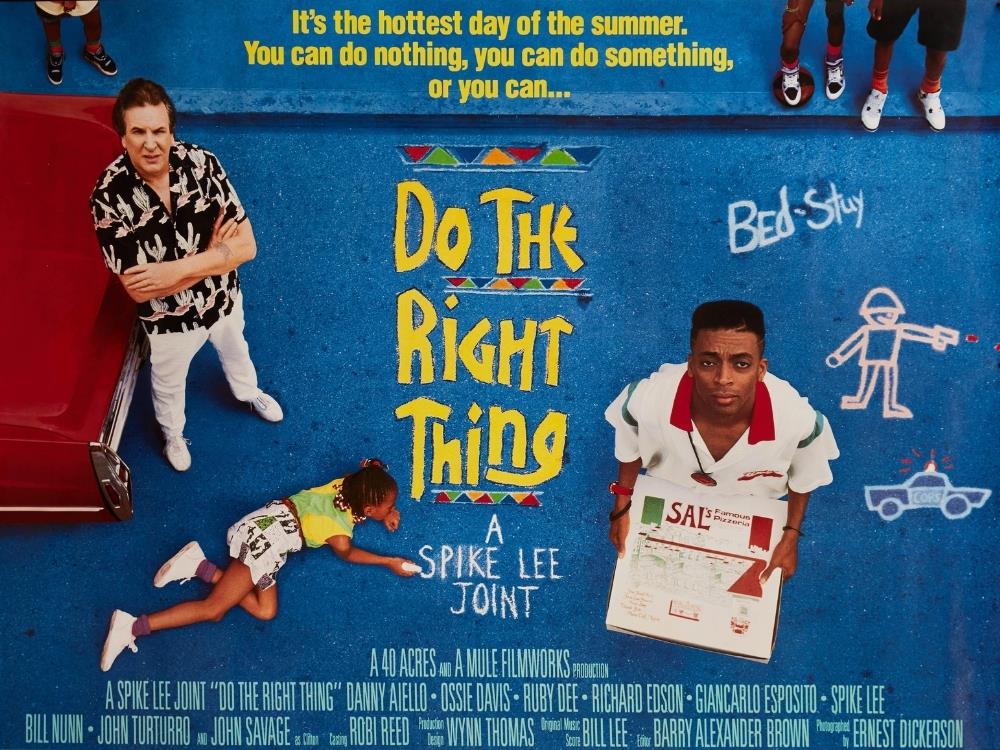 In Brooklyn on the hottest day of the year, Sal Fragione opens the pizza parlor he’s owned for 25 years. The neighborhood has changed considerably in the time he’s been there and is now composed primarily of African-Americans and Hispanics. His son Pino hates it there and would like nothing better than to relocate the eatery to their own neighborhood. For Sal however, the restaurant represents something that is part of his life and sees it as a part of the community. What begins as a simple complaint by one of his customers, Buggin Out – who wonders why he has only pictures of famous Italian-Americans on the wall when most of his customers are black – eventually disintegrates into violence as frustration seemingly brings out the worst in everyone.

Celebrating Black Cinema
Thanks to funding from the BFI Film Audience Network, we were due to celebrate Black Cinema with a season of films in 2020 and then 2021, so we are glad to finally be able to do so. Celebrating milestones in black cinema, some classics and highlighting social issues. This season is a great opportunity to see these films through a modern lens on the big screen.
For the rest of the season click here