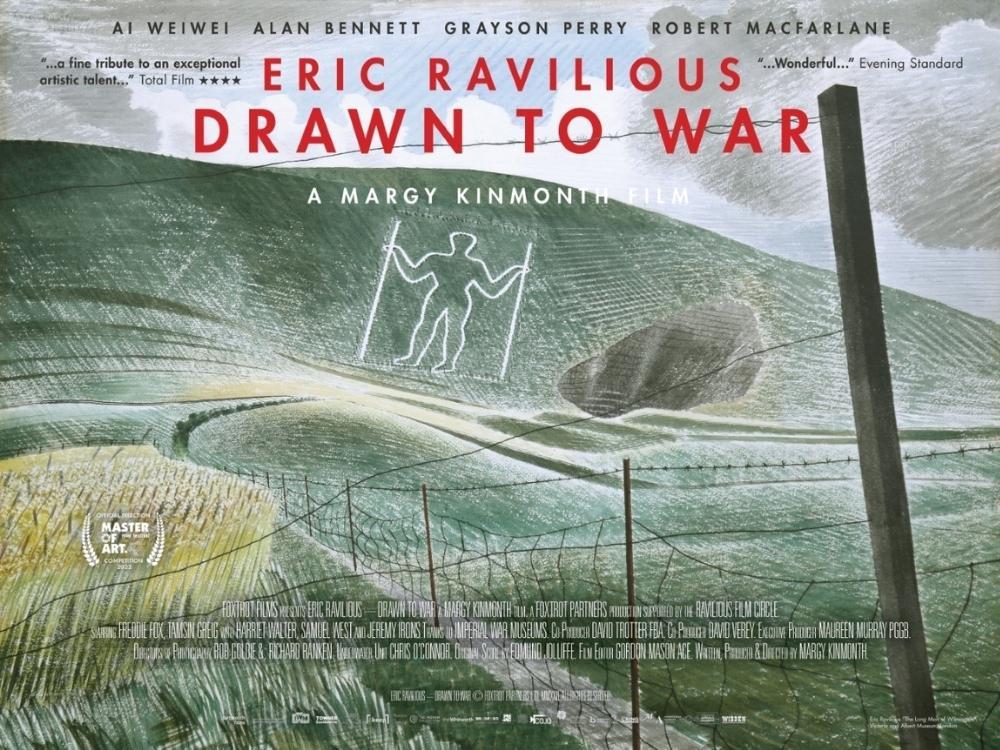 The first major feature film about Eric Ravilious (1903-1942), the much loved but hugely underestimated British Official War Artist artist, killed in a plane crash over Iceland in 1942. Featuring contributions from artists Ai Weiwei and Grayson Perry, writers Alan Bennett and Robert Macfarlane, the film recounts a life as compelling and enigmatic as his art, set against the dramatic wartime locations that inspired him. The story is told in Ravilious’s own words through a wealth of material drawn from a treasure trove of private correspondence and previously unseen archive.

The film features the voices of Freddie Fox, Tamsin Greig, Jeremy Irons & Harriet Walter and asks what his life and art tells us about the elusive concept of Englishness, and what it means to be a war artist.