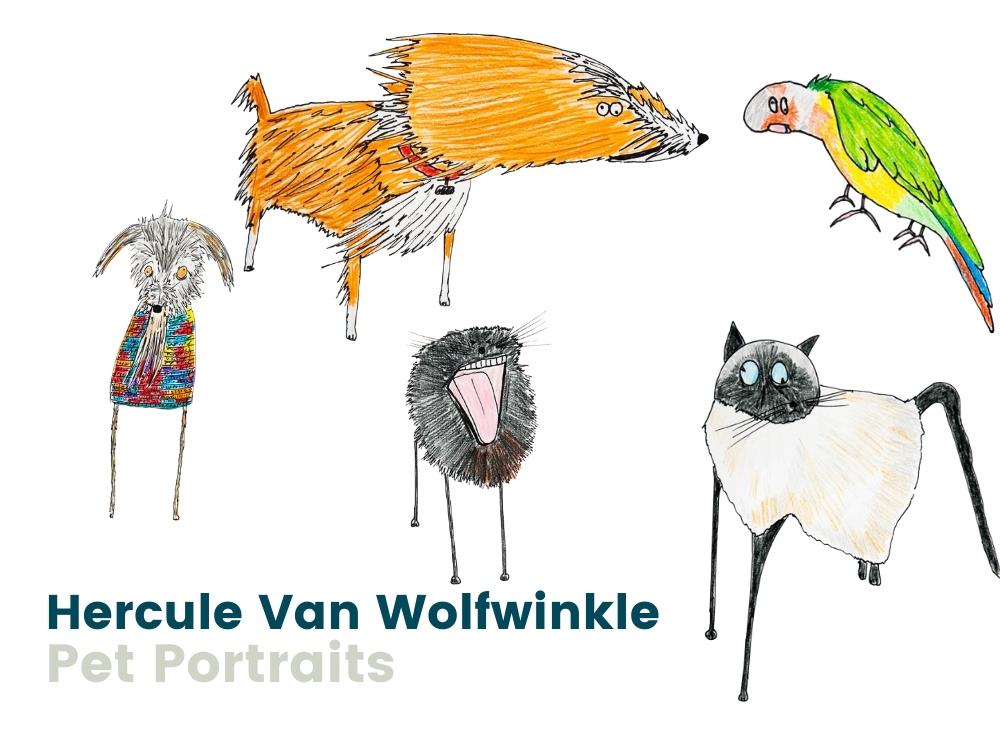 Hercule Van Wolfwinkle has been called lots of different things in life, an artist certainly isn’t one of them. But all of that changed one late summer afternoon in 2020 when, whilst trying to coerce his young son into making some thank you cards, he doodled a picture of their family dog.

Little did he know that picture would go viral and his work would soon be in high demand with requests for portraits flooding into his inbox in their tens of thousands. Request from all over the globe.

The artistic style is akin to that of a small child who has never seen an animal before but people like it. A large social media following and worldwide media coverage has catapulted Hercule into the limelight and he has been using that exposure to raise money for Worthing homelessness charity, Turning Tides.

To date he has raised over £75,000 and counting and this fundraising has seen Hercule recognised by the Prime Minister with a Points of Light award and named by The Big Issue as one of their 100 Change Makers for 2021 – “a list of the innovators, creators and radical thinkers that we believe will be doing remarkable things to make the world a better place for others”.

Please Note This exhibition is free but donations are gladly welcomed. No need to book, just turn up.