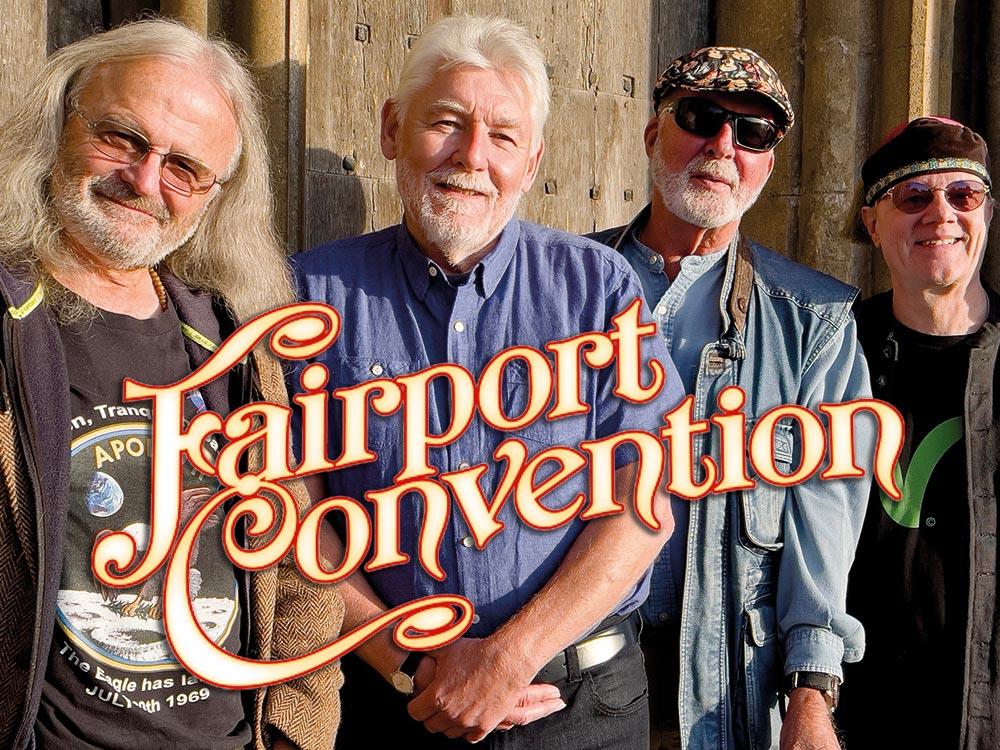 The Fairport Convention return for another incredible night of music!

Fairport Convention have been entertaining music lovers for over half a century, having formed in 1967. During that time the band that launched British folk-rock has seen many changes, but one thing has remained the same – Fairport’s passion for performance. This year’s Winter Tour will present a mix of long-established Fairport favourites and some surprises from albums old and new.

Fairport Convention have won a BBC Lifetime Achievement Award and Radio 2 listeners voted their ground-breaking album Liege & Lief ‘The Most Influential Folk Album of All Time’. Their story has been celebrated with television documentaries on BBC Four and Sky Arts.

The band features founding member Simon Nicol on guitar and vocals, Dave Pegg on bass guitar, Ric Sanders on violin, Chris Leslie on fiddle, mandolin and vocals. Fairport will be joined on stage by former member Dave Mattacks on Drums.

The opening act on the Tour will be the wonderful Hannah Sanders and Ben Savage.