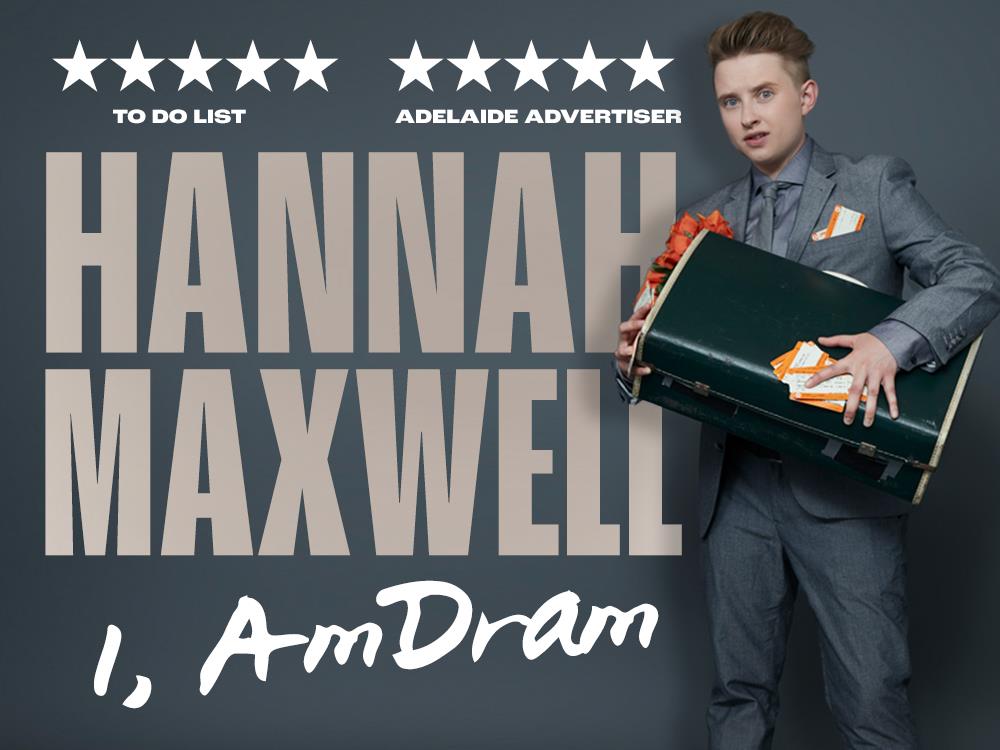 A story of return, reconciliation and rehearsals with mum. Step-ball-changing between suburb and city, I, AmDram minds the gap between the identities we assert and the worlds we leave.

In this debut piece of storytelling performance, Hannah Maxwell hops a train back to her hometown (of Welwyn Garden City, Hertfordshire), taking a whistle-stop tour of 90 years of musical theatre heritage in the process. She still remembers every line of the ‘Welwyn Thalians’ 2010 production of My Fair Lady, but nine years in London as a “learned urban lesbian” have left her struggling to find the key.

Written and performed by Hannah Maxwell.

Developed through the Starting Blocks programme at Camden People’s Theatre, this unique story has charmed audiences across the UK and Australia, including at Cambridge Junction, Colchester Arts Centre, Edinburgh Festival Fringe 2019 and Adelaide Fringe 2020 as well as to village halls, pubs and community centres across South East with Applause Rural Touring and the Inn Crowd. Supported by Arts Council England and the Welwyn Thalians Musical and Dramatic Society (est 1929).

A heartfelt and deeply moving tribute