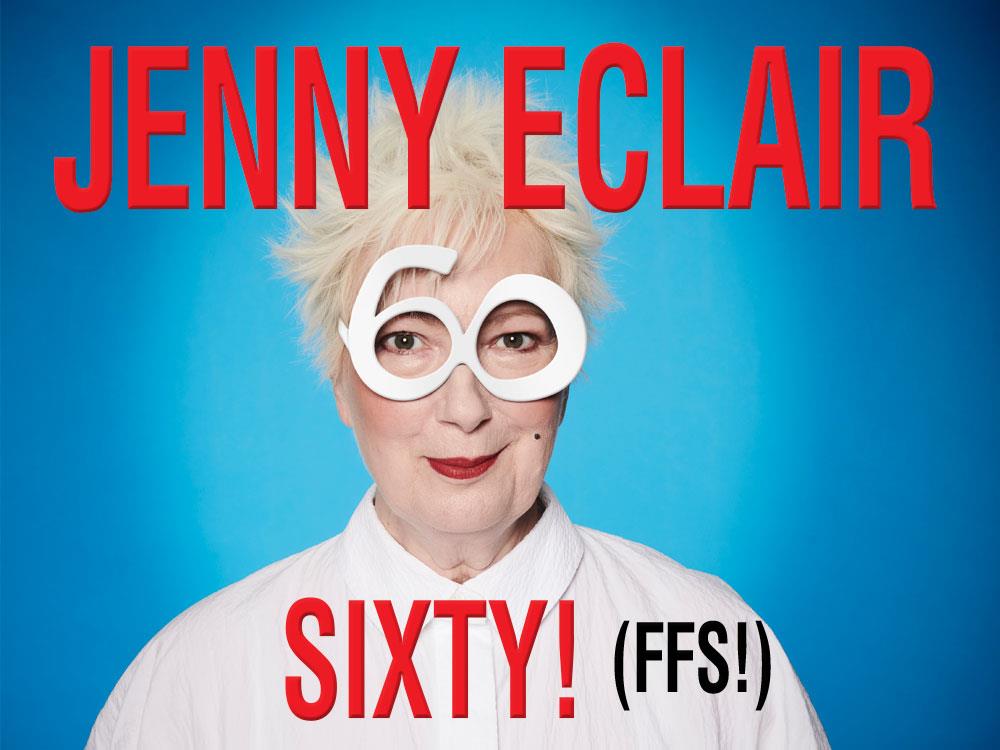 Jenny Eclair hits 60 and is as funny as ever!

Having hit 60 (but still a year younger than Madonna), Jenny Eclair AKA ‘The Face of Vagisan’ confronts a new decade of decrepitude. Now that it takes 20 minutes to scroll down to find her DOB when filling in forms online, should she celebrate or crawl into a hole? What will her 60’s hold for this 1960’s babe and is it a legal requirement to buy Nordic walking poles?

Jenny Eclair, has been a stand-up comic for donkeys’ years, she was the first woman to win the coveted Perrier Award at the Edinburgh festival in 1995 and hasn’t stopped banging on about it ever since.

Since then she has also found fame as the author of five critically acclaimed novels with her latest Sunday Times bestselling book Older and Wider – A Survivor’s Guide to the Menopause out now. Her television acting career includes roles in Holby City and The Bill, and on stage, she starred in the West End productions of Steaming, Mum’s the Word and The Vagina Monologues.

Her stand-up show How to be a Middle-Aged Woman (without going insane) sold out in venues across the UK and as far afield as Australia in 2018.

Now she’s back with her brand new Sixty! (FFS!) tour where she’ll discuss all the standard pointers about a sixth decade around the sun.