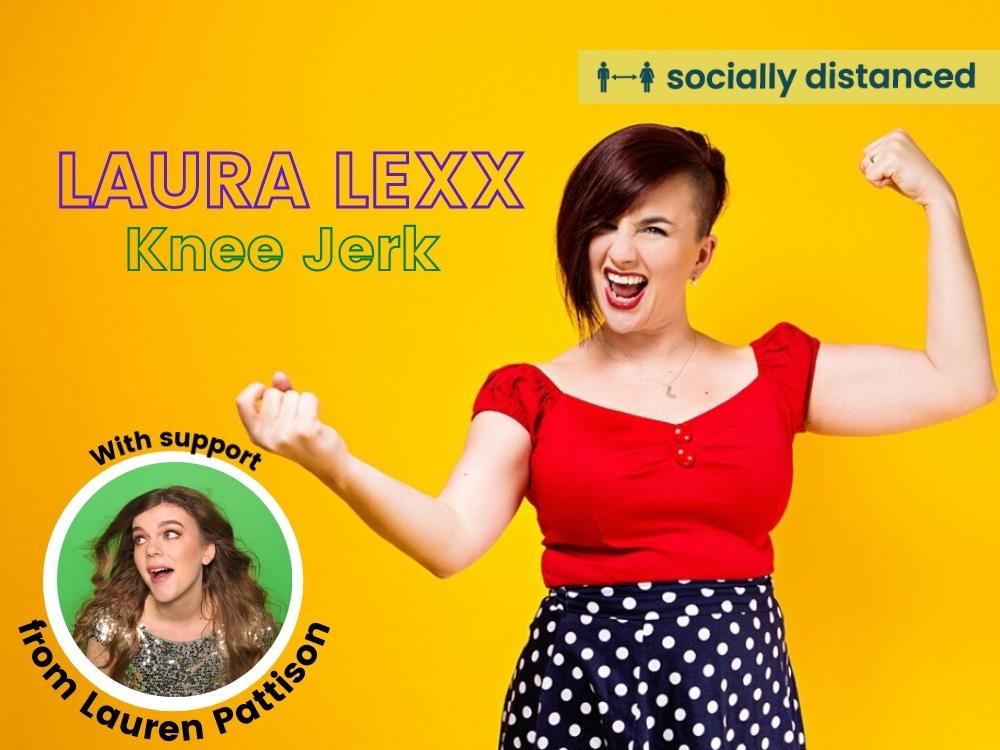 Please Note We are optimistic that this show can go ahead, but we are not naive to the situation affecting all of our lives at the moment. We want to reassure you that our shows have contingency dates pencilled, and that in the event of postponement or cancellation you are entitled to a full refund for your tickets.

Star of Live at the Apollo (BBC Two), Hypothetical (Dave) and Roast Battle (Comedy Central), ‘tour-de-force’ (Telegraph) Laura Lexx shines a light on how hard it is to be a good person these days. Why don’t we just leave each other alone and get on with the big stuff?

Following a sold-out run at the Edinburgh Fringe which earned her a prestigious Comedian’s Choice Award for the second year in a row, Lexx has a laugh with society’s big issues: social media, mental health, climate change and conceiving… but come for the jokes, not answers.

“A stand-up star is born. Laura Lexx is a tour-de-force’ Telegraph
“A must-see for all” The List
“Utterly brilliant” London Theatre

Lauren Pattison: Party Of One (Work-in-Progress)

Following a whirlwind couple of years of awards, nominations, sell-out shows and international touring, Edinburgh Comedy Award Best Newcomer nominee 2017 Lauren Pattison is back with the beginnings of a brand new show. She is reluctant to say what it is about because she is writing this in November and changes her mind a lot. As seen on Roast Battle (Comedy Central) and supporting Katherine Ryan on tour.