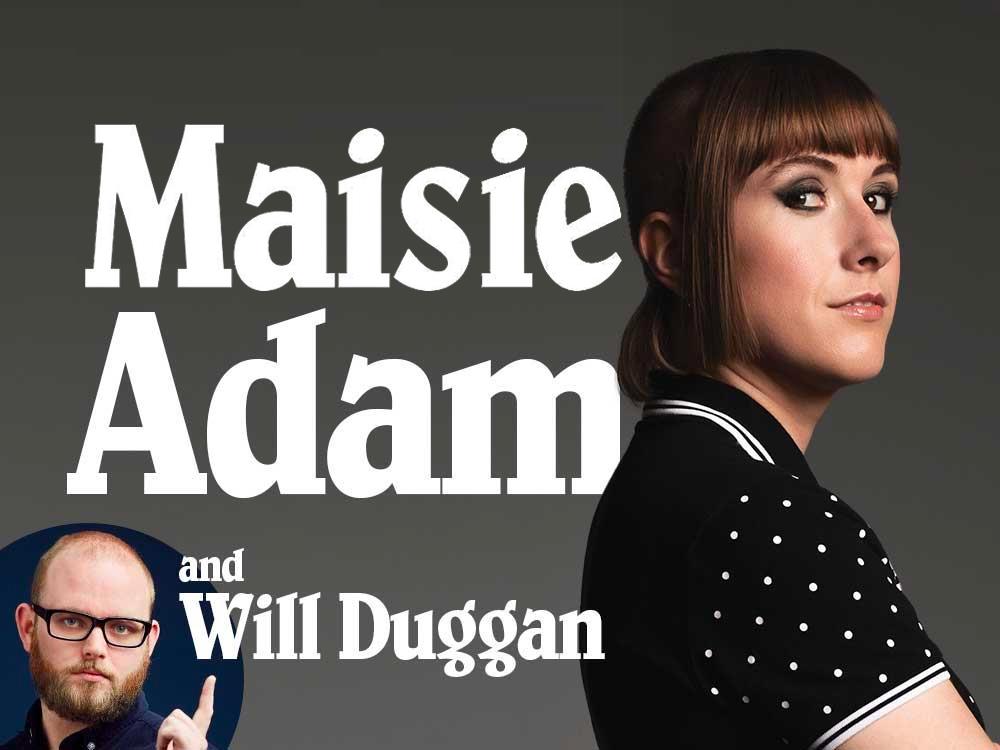 The hilarious Maisie Adams is coming to Worthing!

Fresh from Live at The Apollo, Mock The Week, and The Last Leg, Best Newcomer nominee Maisie Adam comes to the Worthing Theatre with a Work in Progress of her brand new show for 2022, Buzzed.

Rammed with witty observations, high-octane energy and (hopefully!) some right good jokes, this high-energy hour promises to be better than whatever else you had planned (unless you had plans to go dancing with Cher).

Joining Maisie is comedy’s miserable little cheeky scamp is Will Duggan. He’s returning with the weight of the world across his shoulders and some burning questions in his soul. You’re in safe hands with this Edinburgh Comedy Award winning, and Chortle Comedy Award losing, comic who always ‘rises to the challenge and really delivers’ (The Guardian). So we’ll have the whole thing sorted in under an hour.