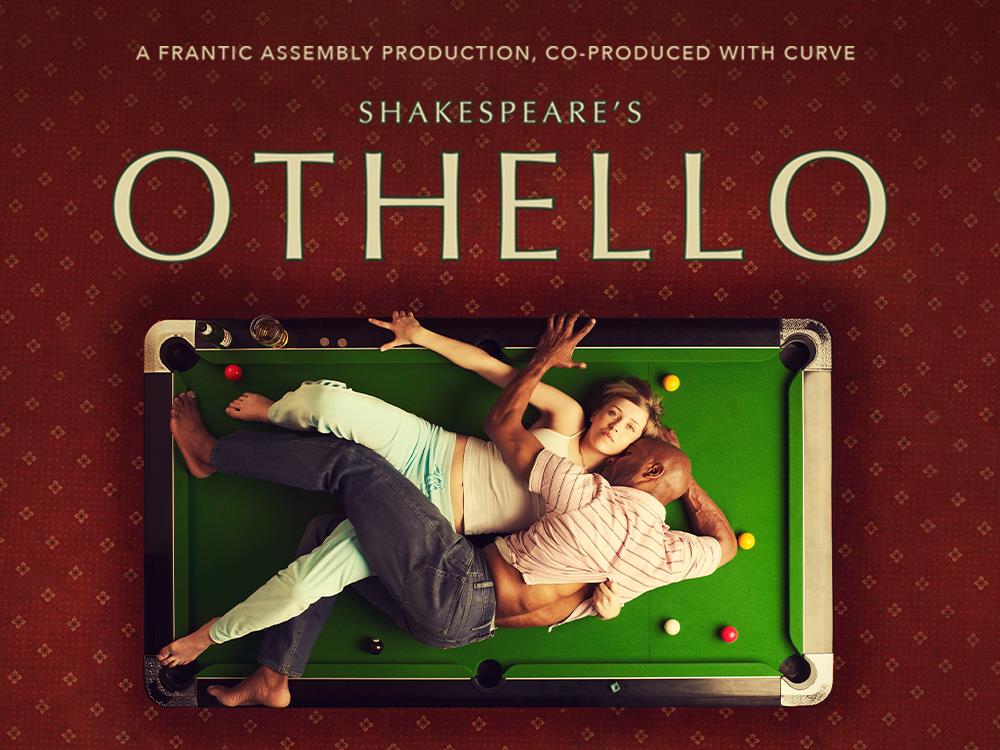 This autumn, Frantic Assembly present an electrifying take on Shakespeare’s tragedy of paranoia, sex and murder. As relevant today as it ever was, Othello exposes the tension, fear and paranoia buried beneath the veneer of our relationships and how easily that can be maliciously exploited.

Directed by Frantic Assembly’s artistic director and co-founder Scott Graham and designed by Laura Hopkins, this is a world of broken glass and broken promises, of poisonous manipulation and explosive violence. Othello’s passionate affair with Desdemona becomes the catalyst for jealousy, betrayal, revenge and the darkest intents.

Frantic Assembly
From a reckless leap into the unknown 25 years ago, Frantic Assembly has developed into one of the UK’s most successful and best loved theatre companies.

Their past productions include I Think We Are Alone (UK Tour), The Unreturning (UK Tour), The Curious Incident of the Dog in the Night-Time (West End, Broadway, UK & International Tours) plus many more. Television credits include Movement Direction on BAFTA winning British – American series Humans (AMC, Channel 4 & Kudos).


“A fierce re-imagining of Shakespeare’s tragedy, tense and highly watchable!”

“A pulsating production that hurls Othello well and truly into our times.”