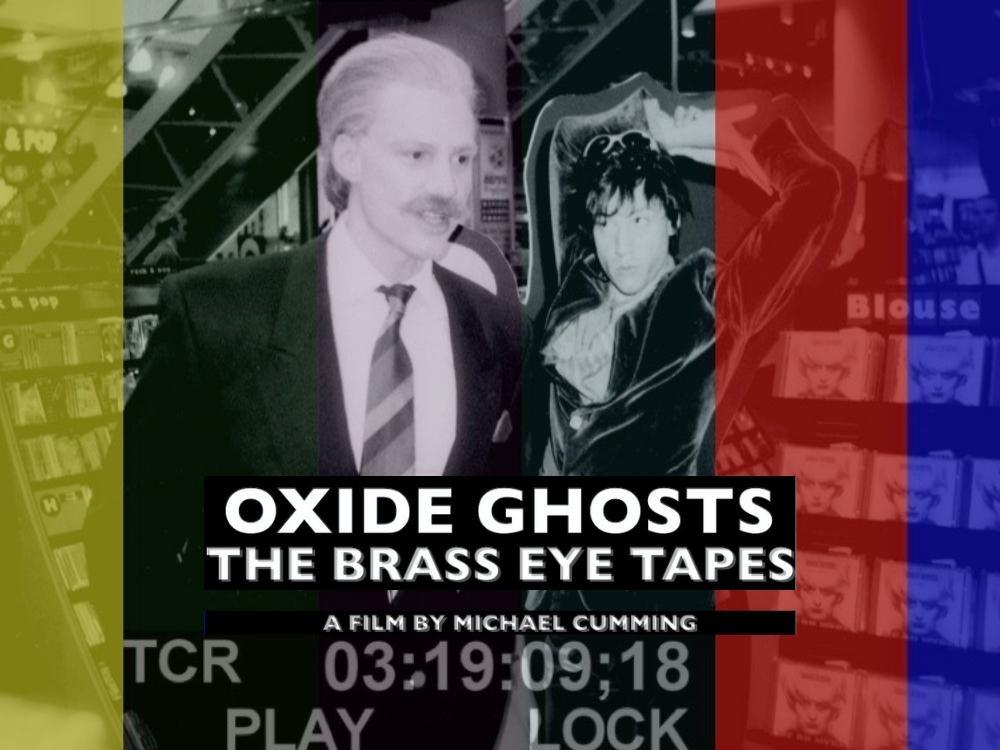 To celebrate the 25th anniversary of Brass Eye, a rare opportunity to see this cult film, which will only ever be screened at these live events.

Made from hundreds of hours of unseen and behind the scenes footage from his personal archive, Michael Cumming’s film shares insights into the process of making the legendary TV series Brass Eye. Michael directed the series and both pilots and, over a two-year period, witnessed the highs and lows from a very personal perspective. Oxide Ghosts carries the blessing of Chris Morris and provides a unique glimpse of his extraordinary working practices.

This event is a must for fans of the series but will appeal to anyone with a curiosity about how great comedy is made.

In honour of the Brass Eye birthday there have been tributes published and repeats scheduled, but the surprise popularity of an almost unpublicised touring event, called Oxide Ghosts: The Brass Eye Tapes, perhaps says even more about the enduring influence of the show. Oxide Ghosts has been quietly selling out in independent cinemas across the land The Guardian

BBFC Insight: This film is not rated by the BBFC but the event is rated 18. Contains occasional strong language and adult themes.

8:15 PM
We use cookies on our website to give you the most relevant experience by remembering your preferences and repeat visits. By clicking “Accept”, you consent to the use of ALL the cookies.
Cookie settingsAccept
Manage consent