Queenz: The Show With Balls! 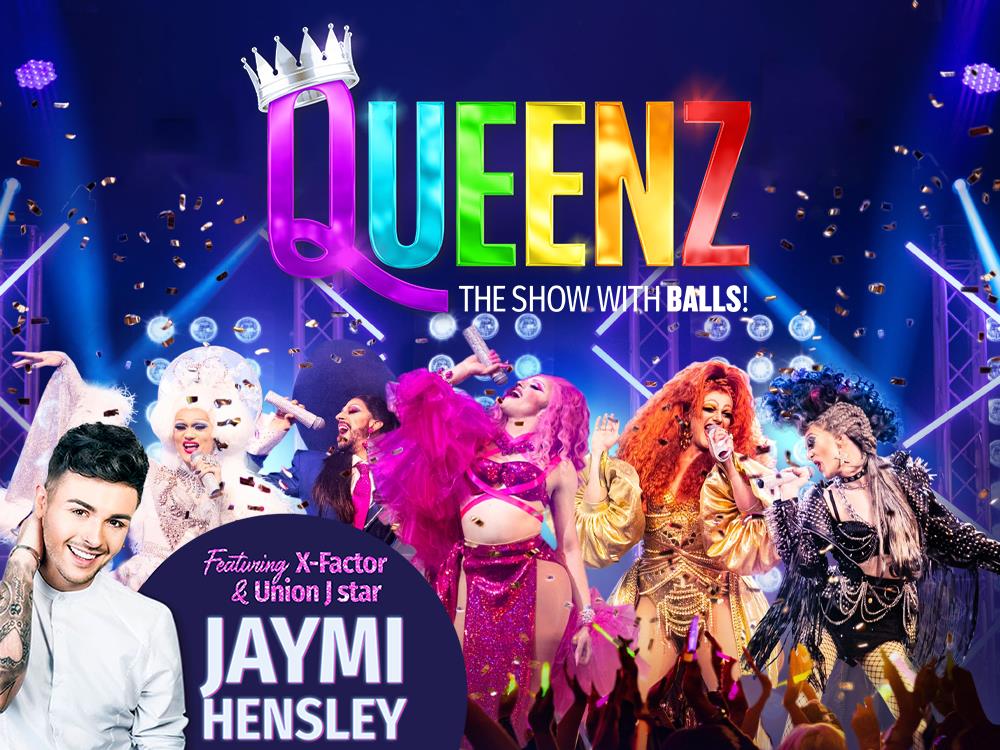 Queenz: The Show With Balls!

Don’t be a Drag, Just be a Queen! Join our Death-Dropping Divas as they dance like BRITNEY & sing like WHITNEY!

The trailblazing, life affirming drag extravaganza taking the UK by storm. Featuring mind blowing LIVE vocals, and not a lip-sync in sight! Join these death-dropping divas as they slay the biggest hits of all time and serve up the sequin-clad pop party we’ve all been gagging for!

Starring X Factor & Union J pop sensation Jaymi Hensley, get ready to sing along to reimagined classics from The Spice Girls, LadyGaga, Little Mix, Britney, Whitney, and everything in between. Queenz is drag like you’ve never HEARD it before!

“Now that was right up my street, incredible!”

“Their voices will blow you away! Do not miss it!”

“I laughed,I cried, I have never experienced anything like it!”