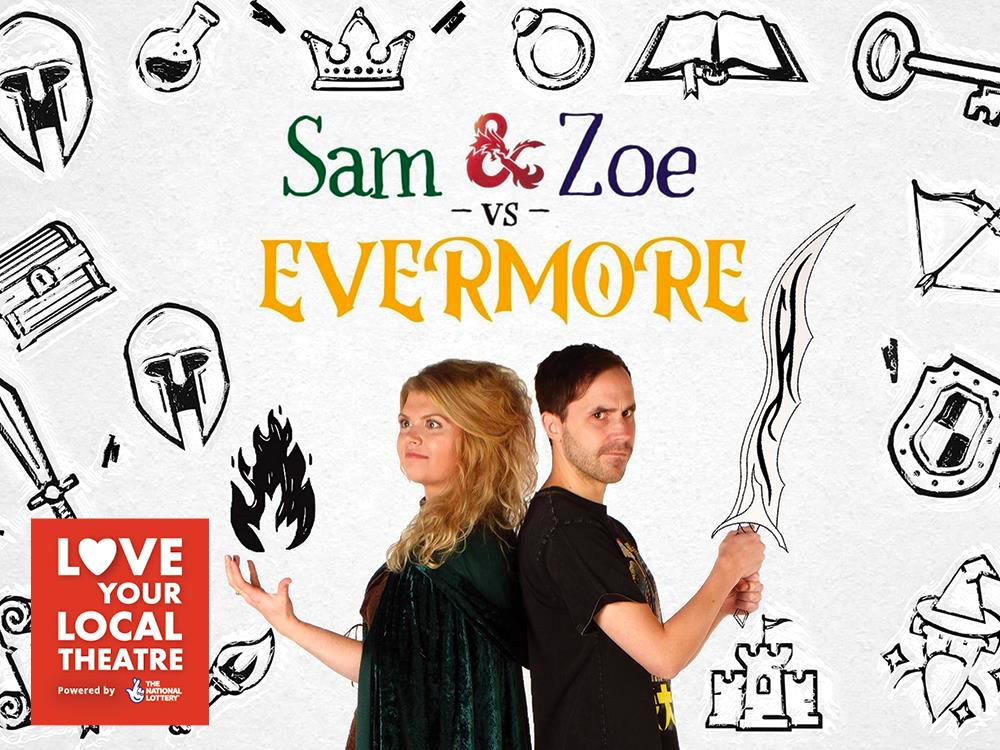 Join Sam and Zoe’s party as they embark on an epic theatrical quest.

This show is eligible for the National Lottery LOVE YOUR LOCAL THEATRE promotion. Offering two for one tickets for select shows in March.
Please CLICK HERE for details on how to claim this offer.

We’re here to play a game.
There’s everything to lose and everything to play for.
The stakes couldn’t be higher.
But this is no game.
Despite the fact we just said it was.
This is actually a final, desperate battle to save a human being.
And you’re all invited.

Mages, Rogues and Barbarians! The wicked Dredmor has seized the lands of Evermore from his noble brother, King Gorad and must be stopped at all cost!

With your help, our hapless heroes will battle ogres, solve Tolkienesque riddles and rescue orphan princes- but can they slay their own demons in the process?

This hilarious new piece, inspired by the world of Dungeons and Dragons, incorporates epic battle sequences, creative use of puppetry and audience game play. It has been devised and developed with young people and is presented in partnership with CALM (Campaign Against Living Miserably).