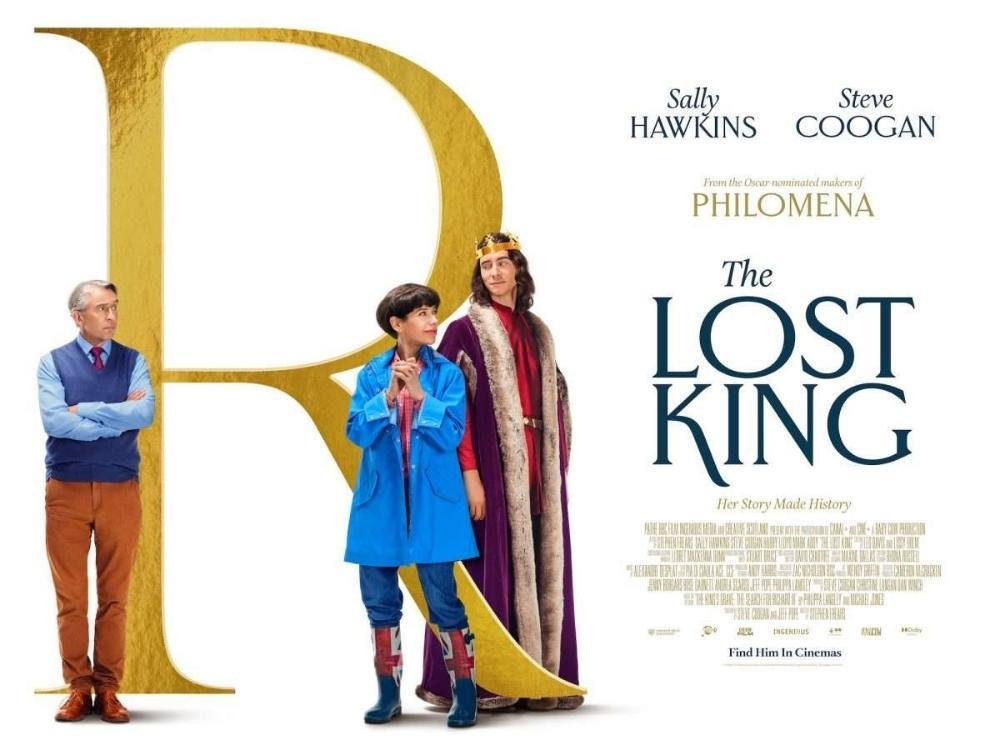 In 2012, having been lost for over 500 years, the remains of King Richard III were discovered beneath a carpark in Leicester. The search had been orchestrated by an amateur historian, Philippa Langley, whose unrelenting research had been met with incomprehension by her friends and family and with scepticism by experts and academics. THE LOST KING is the life-affirming true story of a woman who refused to be ignored and who took on the country’s most eminent historians, forcing them to think again about one of the most controversial kings in England’s history.

Silver Screen
Silver Screen is a strand of great movies aimed at an older audience, but all ages are welcome. Running every Monday morning at 11am. Tickets are just £4 and include free Tea/Coffee and biscuits. Tea and Coffee served from 10.30am. In an effort to become more environmentally sustainable, we will only be serving free tea and coffee to customers who bring their own cup with a lid.