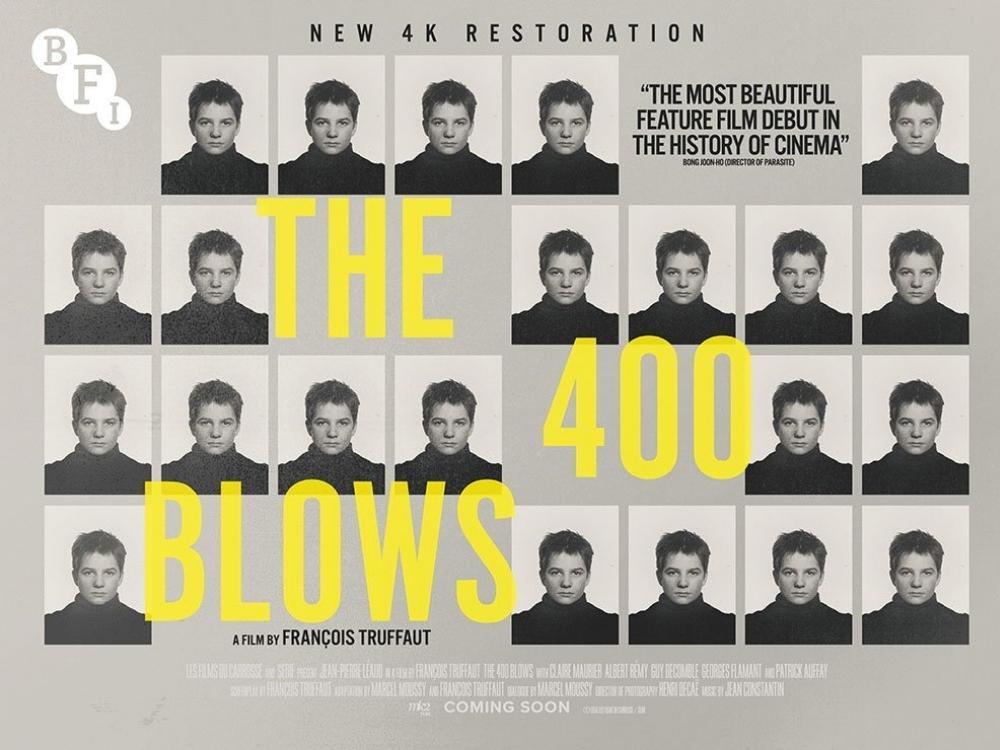 Francois Truffaut’s classic remastered in 4K on the big screen

Seemingly in constant trouble at school, 14-year-old Antoine Doinel returns at the end of every day to a drab, unhappy home life. His parents have little money and he sleeps on a couch that’s been pushed into the kitchen. His parents bicker constantly and he knows his mother is having an affair. He decides to skip school and begins a downward spiral of lies and theft. His parents are at their wits’ end, and after he’s stopped by the police, they decide the best thing would be to let Antoine face the consequences. He’s sent to a juvenile detention facility where he doesn’t do much better. He does manage to escape however.