The Glenn Miller Orchestra in Concert 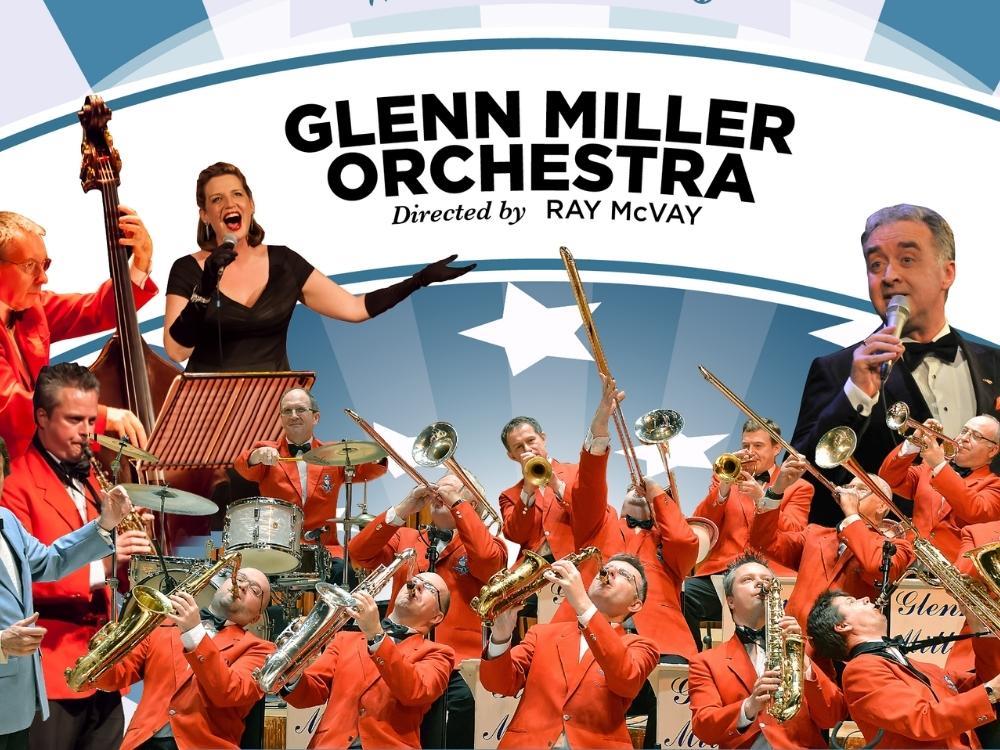 The Glenn Miller Orchestra in Concert

Audiences of all ages will be thrilled by the sound of the incredible Glenn Miller Orchestra!

Through an arrangement with Glenn Miller Productions in New York, veteran band-leader Ray McVay has put together an orchestra we feel the maestro would be proud of were he here to see it.

The exact stage line-up devised by Glenn has been maintained, consisting of the leader, five saxophones, four trumpets, four trombones and three rhythm plus a male and female vocalist. The singers perform both individually and as part of The Moonlight Serenaders vocal group.

​Back in the big band era of the 1940’s, any dance band worth its salt had a distinctive signature tune. The theme of The Glenn Miller Orchestra was and remains, Moonlight Serenade. Interestingly though, Glenn Miller originally wrote the music of the song as an exercise for a music arranging course. He composed it long before he had organised his orchestra and today Moonlight Serenade is considered a standard in the field of popular music. Its popularity as an instrumental continues undiminished.

5:00 PM
We use cookies on our website to give you the most relevant experience by remembering your preferences and repeat visits. By clicking “Accept”, you consent to the use of ALL the cookies.
Cookie settingsAccept
Manage consent