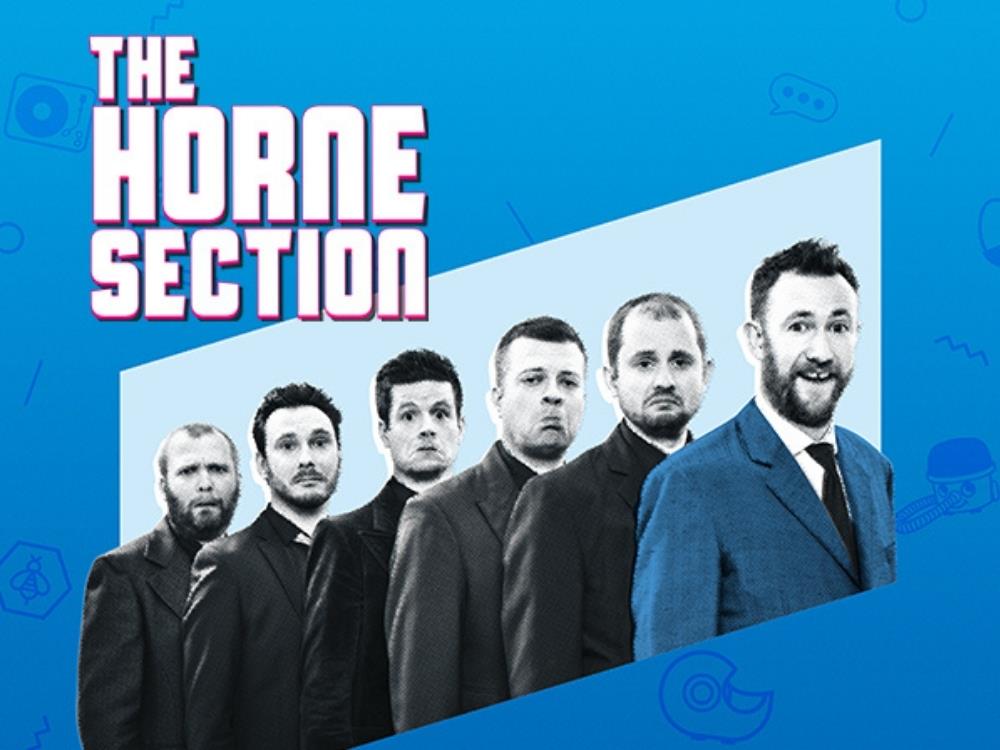 A unique show from the hugely talented band and Alex Horne, the creator and co-host of The Bafta and Emmy nominated Taskmaster!

They’ve had their own TV special at the London Palladium, they have an iTunes-chart-topping podcast and now they’re touring the country; it’s the one and only Horne Section’s one and only 2021 Tour.

Following their hit BBC Radio 4 series, their own TV Special at the London Palladium, appearances as house band on Save Our Summer, Crouchy’s Year Late Euros and The Last Leg, an iTunes chart-topping podcast and many years of sell-out shows at the Edinburgh Fringe Festival and London’s West End, don’t miss everyone’s favourite Dictionary Corner regulars on 8 out of 10 Cats Does Countdown and the first band to ever host Never Mind The Buzzcocks.

Five outstanding musicians, one non-musical stand up, there’ll be comedy, songs, enthusiastic dancing and a lot of mucking about.

★★★★★
‘We can’t recommend The Horne Section highly enough’ Time Out

Members Presale: Friday 11 June, 10am
General On Sale: Monday: Monday 14 June, 10am
We use cookies on our website to give you the most relevant experience by remembering your preferences and repeat visits. By clicking “Accept”, you consent to the use of ALL the cookies.
Cookie settingsAccept
Manage consent