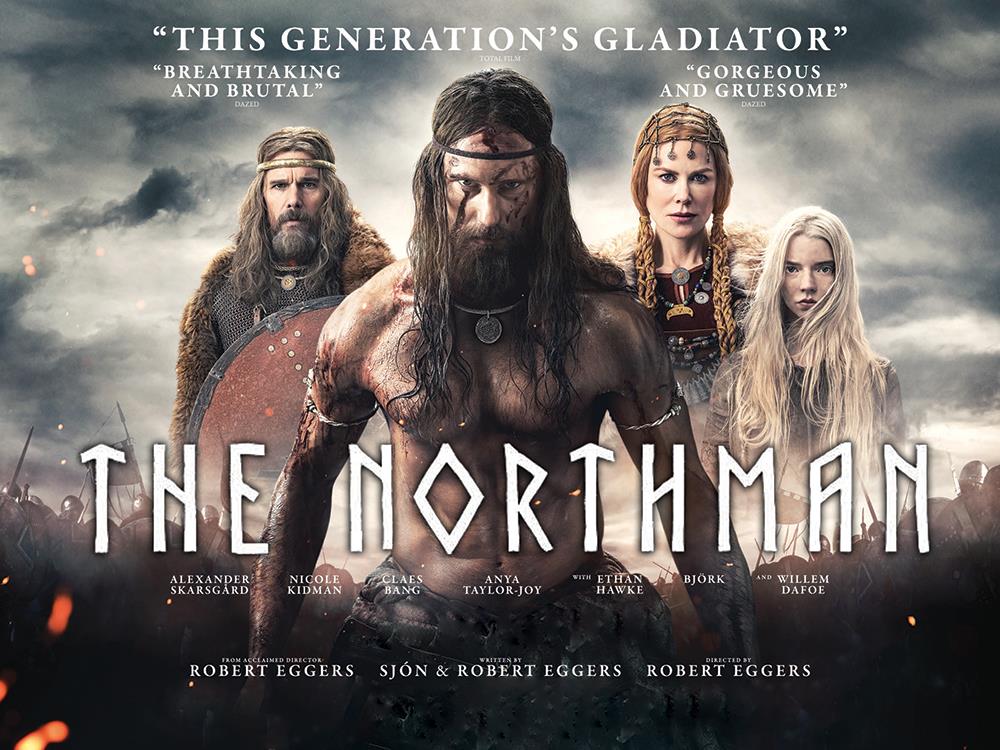 Acclaimed Viking drama from the director of The Lighthouse

Prince Amleth is on the verge of becoming a man when his father is brutally murdered by his uncle, who kidnaps the boy’s mother. Two decades later, Amleth is now a Viking who raids Slavic villages. He soon meets a seeress who reminds him of his vow – save his mother, kill his uncle, avenge his father.

★★★★★ The Northman is a horribly violent, nihilistic and chaotic story about the endless cycle of violence The Guardian
★★★★★ Make it your destiny to see this blood-soaked odyssey along the edge of the world as soon as possible Time Out
★★★★★ A truly distinctive epic Total Film