The Rat Pack – Swingin’ at the Sands 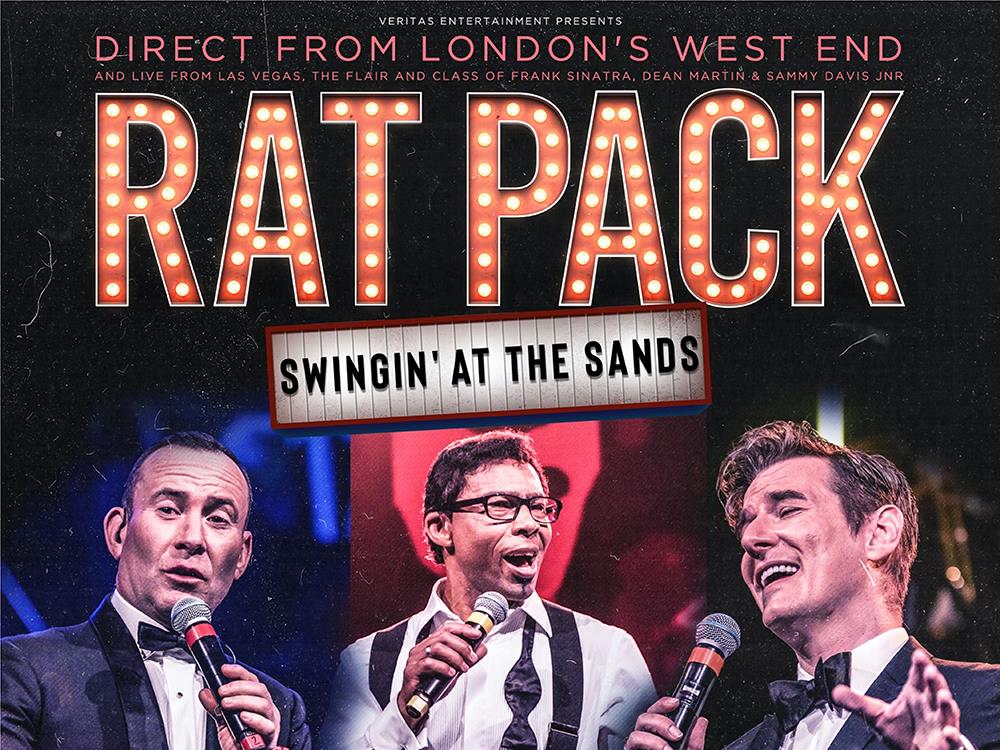 The Rat Pack - Swingin' at the Sands

Take three great singers, add a dash of comedy and rousing camaraderie with a pinch of the greatest songs ever written and what do you get? A perfect night’s entertainment with The Rat Pack – Swingin’ at the Sands!

This fully choreographed homage to the greatest performers in known history features stars of the hit West End show The Rat Pack, Live From Las Vegas and features such favourites as I’ve Got You Under My Skin and Mr. Bojangles, not to mention the numbers every audience can’t help singing and dancing along to, such as New York, New York, That’s Life and of course My Way.

Alongside faithfully recreating the style, panache and wonderful vocals of these all-time greats, The Rat Pack – Swingin’ at the Sands! also brings its own brand of comedy and audience participation, making sure every party goes with a bang and leaving audiences wistfully wishing for the bygone days of the ‘Kings of Cool’.


“Loved hearing all the classics performed wonderfully! This show and all its performers were fantastic. Really enjoyed singing along to the old songs.”

Rat Pack was an excellent show. Everyone thoroughly enjoyed it and the performance helped set the mood for a fun and festive evening. All the performers worked off each other with perfect comedic timing.”

“I’ve seen a lot of Rat Pack shows and clearly, The Rat Pack – Swingin’ At The Sands is the best!”

“Fantastic night. Brought my 81 year old dad for his birthday and he loved it“

“Last Friday I went to see The Rat Pack. Honestly the best
production I’ve seen outside the original – tip top acting & singing performances by all 3”

“Fantastic evening. Entertainment was second to none, we are big Sinatra fans so this was right up our street. Thoroughly enjoyed and can’t wait to see again.”