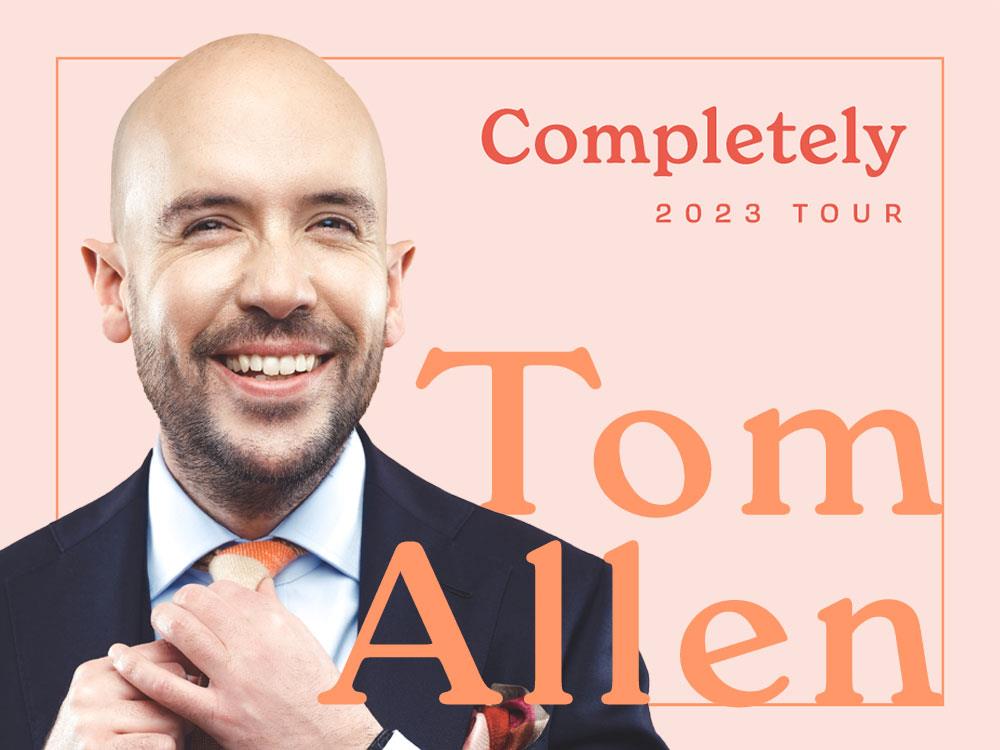 Tom Allen is back on the road with his brand new show Completely. He has finally
moved out of his parents’ house, which has been great news for him, better news for
department stores and even better news for his latest stand-up tour as he’s eager to
share his life updates, get your opinions on his vegetable patch and delve into the
protocol of inviting friends with children for dinner.

The household name with his signature acerbic wit and riotous storytelling, Tom is
the host of The Apprentice: You’re Fired and co-hosts Cooking With The Stars, Like
Minded Friends podcast and he is also a regular on Bake Off: An Extra
Slice and There’s Something About Movies.

Join Tom on his brand new tour – his last one sold over fifty-thousand tickets,
including his sell out show at The London Palladium where he recorded his special.


Sharp badinage, sympathetic personal material and – not least – his abundant skills as a raconteur and host

Sold out
8:00 PM
We use cookies on our website to give you the most relevant experience by remembering your preferences and repeat visits. By clicking “Accept”, you consent to the use of ALL the cookies.
Cookie settingsAccept
Manage consent