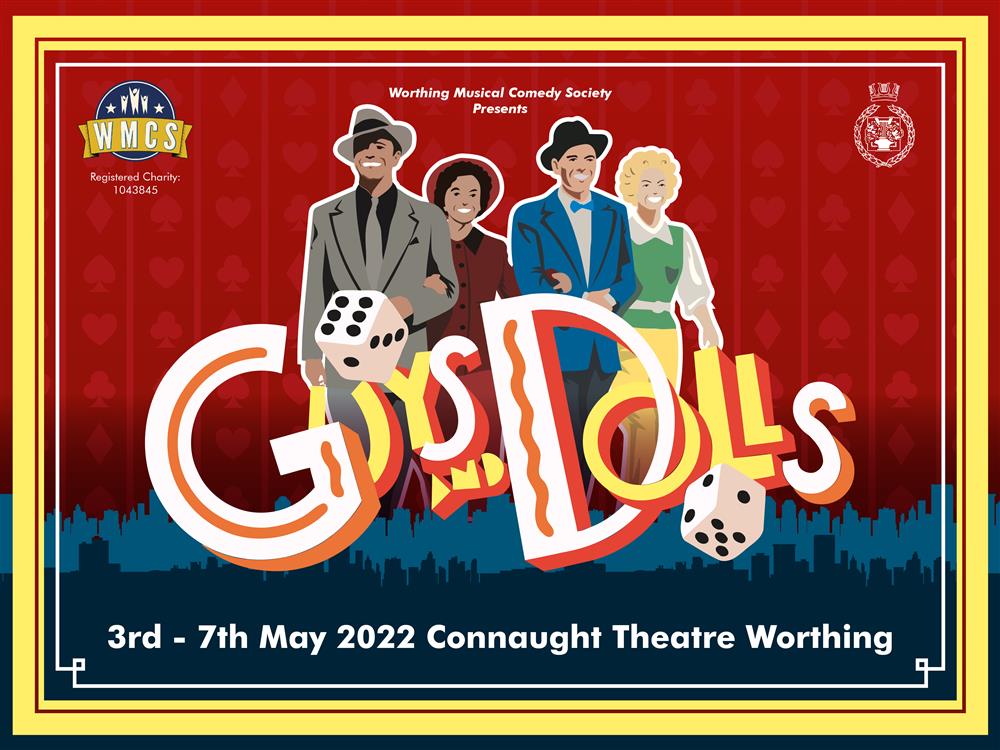 Set in the Depression-era of Times Square, New York, Guys and Dolls is the hugely popular musical tale of a couple of big city gamblers and the women who love them.
It tells the overlapping stories of high-roller Sky Masterson, who falls in love with mission worker Sarah Brown, and lovable rapscallion Nathan Detroit, engaged for 14 years to Miss Adelaide, a headline performer at the Hot Box Club.

Notorious gambler Sky Masterson, catches the eye of the very respectable mission worker Sarah Brown, but with their beliefs and morals sitting worlds apart, the course of true love runs far from smooth! Meanwhile, in the back streets of New York, Nathan Detroit is preoccupied in his quest to find a safe place to run an underground dice game, whilst our showgirl Miss Adelaide continues in her quest for marriage.

With many recognisable and much-loved hit songs, including ‘Luck Be A Lady’ and ‘Sit Down You’re Rocking The Boat’, you can be sure this is a spectacular revival of the classic musical and one you will not want to miss!

All authorised performance materials are also supplied by MTI Europe.
This amateur production is presented by arrangement with Music Theatre International (Europe)