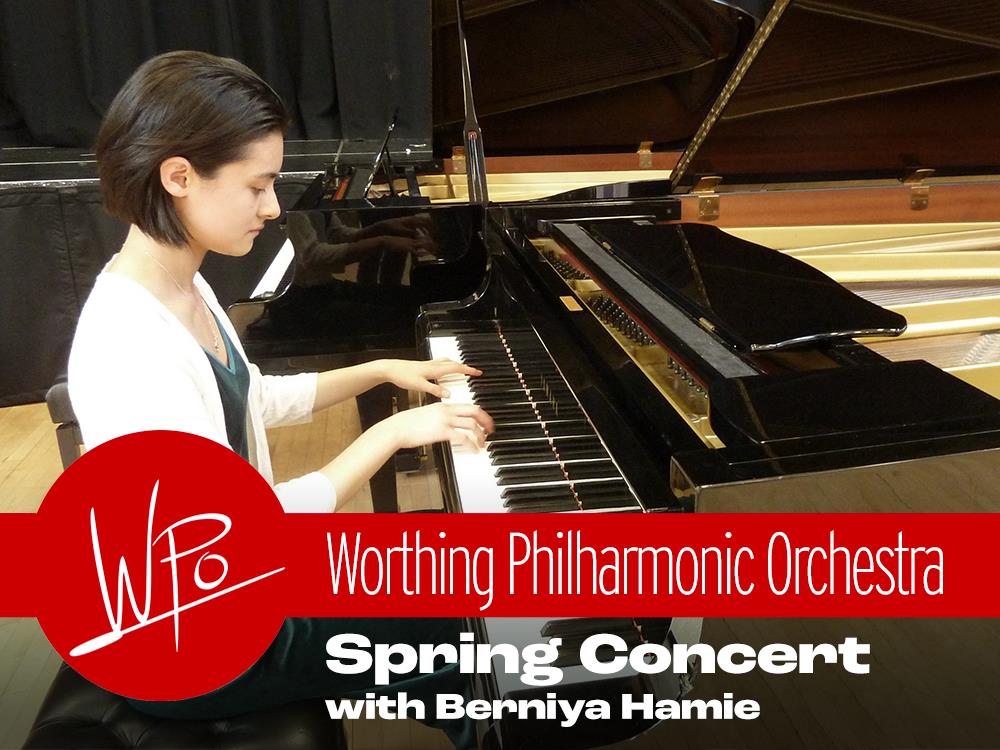 The Cockaigne Overture, known as In London Town, was written in 1900, and gives a musical portrait of Edwardian London. Rachmaninov Piano Concerto no 2 is, without doubt, the most popular and one of the most recognisable concertos in the classical repertoire.

The soloist is Brighton born Berniya Hamie who studies at the Royal College of Music. Described as a musician of real intelligence and richly communicative musicianship. Berniya has performed at prestigious venues including the Wigmore Hall, Royal Albert Hall, Purcell Room and Royal Festival Hall. She has also been a winner of the Worthing Music and Arts Prize.

To complete this afternoon’s concert is Walton Symphony no 1, composed in 1935. It is one of the best-known symphonies by British composers. It was considered to be a groundbreaking and earth-shattering symphony and has received numerous recordings.

Worthing Philarmonic Orchestra makes a unique contribution to the musical life of the region and members come from across the south coast area and include professional and semi-professional musicians. With a full-strength membership of over 75 musicians, a wide repertoire is covered and special projects are undertaken, including the recently well-received performance of Gilbert&Sullivan’s ‘Mikado’.

The current Music Director, Dominic Grier, was appointed in 2014, and since then the orchestra has gone from strength to strength under his musical guidance and innovation.

3:00 PM
We use cookies on our website to give you the most relevant experience by remembering your preferences and repeat visits. By clicking “Accept”, you consent to the use of ALL the cookies.
Cookie settingsAccept
Manage consent