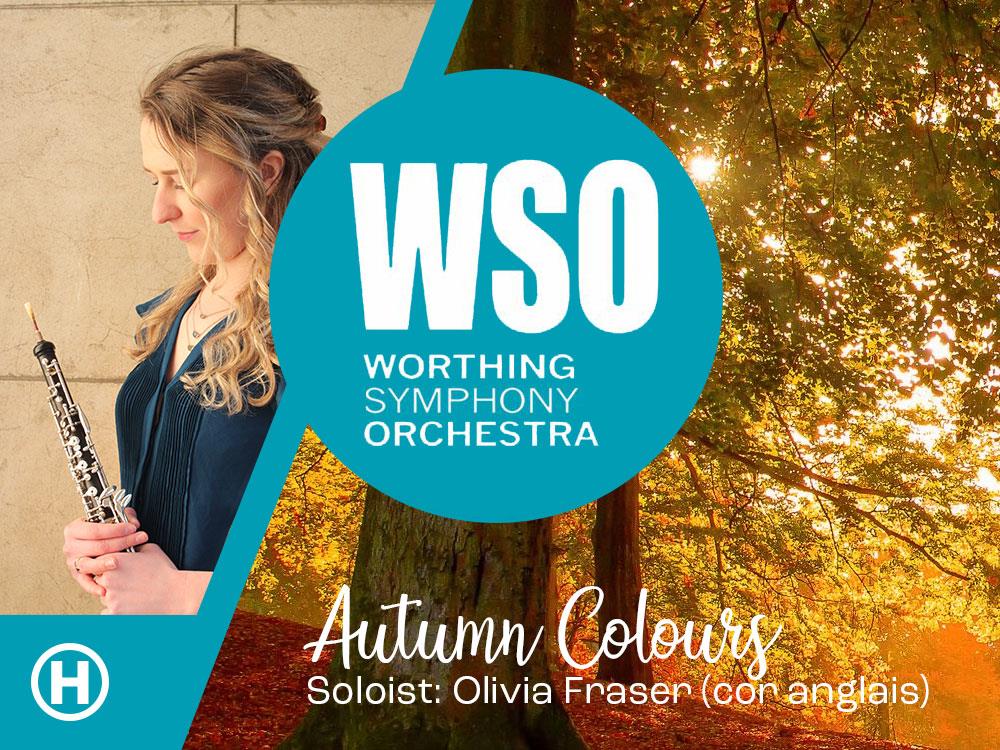 WSO orchestra member Olivia Fraser takes centre stage for this seasonal concert with a distinctly bucolic theme. She plays Alwyn’s Autumn Legend, a strikingly beautiful movement for the English Horn and strings, inspired by Pre-Raphaelite paintings and the poetry of Dante Gabriel Rossetti. It is a richly romantic mood piece featuring ravishing cor anglais solos, that capture Autumn in all its symphonic colours.

Although not as famous as Grieg’s incidental music from Peer Gynt, many regard his Holberg Suite as a work of equal merit. Written in 1884, It is a supremely crafted work that eschews the Romantic conventions of its day, instead harking back to the classical-era playwright Ludvig Holberg.

Never straying from his English roots, Vaughan Williams’ sought to weave elements of his native music into all his compositions and 6 studies in English Folk Song is no exception. He travelled the British countryside recording and transcribing folk music directly from its source, His aim in setting these traditional melodies was for them to be treated with love. The concert also features his famous Fantasia on a theme of Thomas Tallis, based on a tune by Tallis who was a 16th century Renaissance composer.

Richard Strauss’ Metamorphosen was written during the closing months of the Second World War, and was first performed on 25th January 1946 in Zurich with Strauss conducting the final rehearsal. Inspired by the poetry of Goethe, it is widely believed that Strauss wrote it as a statement of mourning for the destruction of Germany during the war.