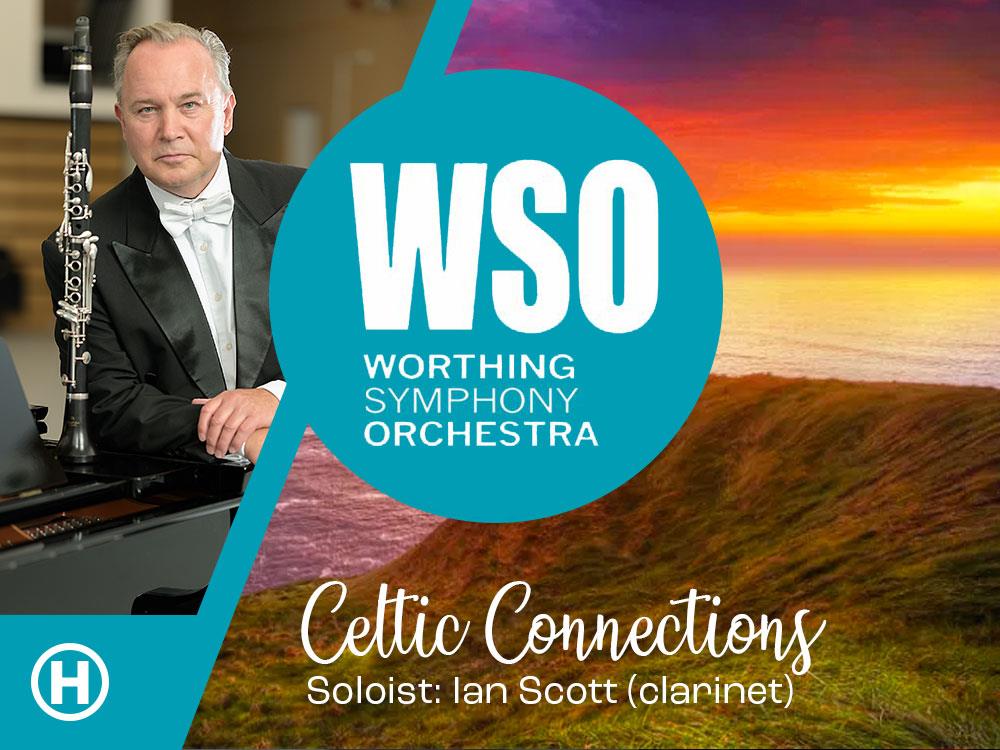 suitable for all ages

Worthing Symphony Orchestra returns with the sounds of Celtic Connections

Scottish-born clarinettist, Ian Scott, WSO Principal Clarinet for many years, has recorded a number of CDs of British Clarinet concertos. It was listening to one of these while in Tauranga, New Zealand, that Brighton-born composer Paul Lewis was inspired to write his Tauranga Concerto. This 20-minute work reflects both the beauty of the Kaimai mountains and the local nature reserve. Its finale however is inspired by a ‘Jitterbug’ dance number and results in a jazzy movement reminiscent of the Swing music of the 1920s and 30s.

The Londonderry Air fascinated Percy Grainger throughout his life and there exist many takes by Grainger on this popular theme. The composer was great friends with Frederick Delius whose On Hearing the First Cuckoo in Spring is justifiably popular. E.J. Moeran collected folksongs in his native Norfolk and his bucolic Whythorne’s Shadow is based on a Tudor melody by Elizabethan composer Thomas Whythorne, who wrote some of the first secular songs to be printed in England.

The orchestral music of William Wordsworth has enjoyed a renaissance of interest thanks to the on-going series of recordings by WSO Music Director John Gibbons and the Liepaja Symphony Orchestra. His Variations on a Scottish Theme is based on the very popular Scottish song ‘The Hundred Pipers’ attributed to Carolina Oliphant, Lady Nairne, in the 1840s, and which commemorates the fall of Carlisle to Bonnie Prince Charlie.

Karl Jenkins, the hugely successful Welsh composer of ‘Adiemus’ and ‘The Armed Man’, wrote his string work Palladio in homage to the Palladian style of architecture. It gained huge popularity through its use on a TV advert.

Richard Wagner’s Siegfried Idyll was composed as a birthday present for his second wife, Cosima, after the birth of their son Siegfried in 1869. It was premiered on Christmas Day 1870 in their home and was originally intended as a private work but financial pressures led to its publication in 1878.