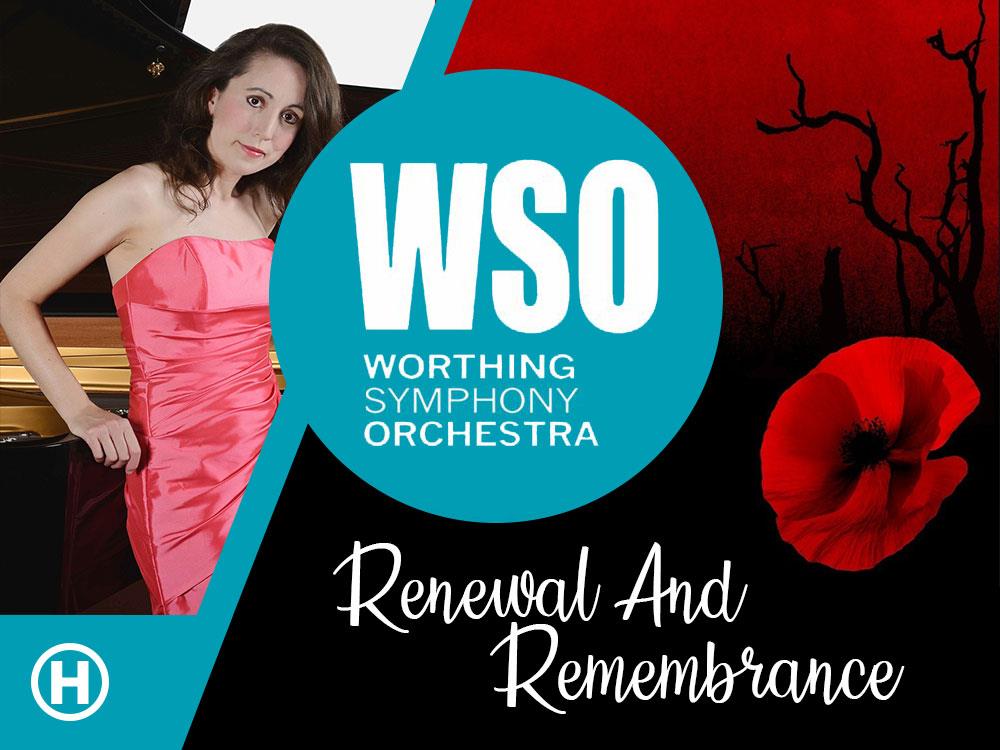 The Worthing Symphony Orchestra are back!

Beethoven’s Piano Concerto No. 5 ‘Emperor’ has been described as the embodiment of Romantic conflict. The title may well have been first used in Vienna at an 1812 concert ordered by the city’s French conquerors. It is one of the most accomplished of all piano concertos, with a striking opening movement and a glorious rondo finale, but it is the beauty and serenity of the hymn-like adagio which makes this one of Beethoven’s greatest creations. Maria Marchant, a native of Sussex, dazzled us with her sparkling performance of Shostakovich’s Second Piano Concerto two years ago.

Ravel wrote his Le Tombeau de Couperin in 1917 in tribute to his friends killed in the war and as a homage to the great eighteenth century French composer Louis Couperin. In reality the work is not sombre in mood but rather a light-hearted, and sometimes reflective work. As Ravel said himself: The dead are sad enough, in their eternal silence.

The very talented George Butterworth, who was awarded the MC, was killed by a sniper’s bullet at the Battle of the Somme. His idyll The Banks of Green Willow is based upon two folksongs – ‘The Banks of Green Willow’ and ‘Green Bushes’. It is one his best works and perfectly captures the nature of the English countryside. It is almost as if the music occurred naturally and Butterworth just discovered it!

Elgar’s Sospiri was composed in the months leading up to the outbreak of the First World War and perhaps the gathering storm clouds moved him to write this beautiful, heartfelt adagio.

Puccini’s Crisantemi (The Chrysanthemums) was composed in one night on hearing the news of the death of his friend, Amadeo di Savoia, the second son of Vittorio Emanuele II. This short elegy for strings is named after the flower of mourning and lament and ideas from it were later used in his opera Manon Lescaut.

Please Note The back half of the stalls, in the new seating plan, allows some spacing with only alternate rows available for sale. The Balcony and the front stalls are fully available.