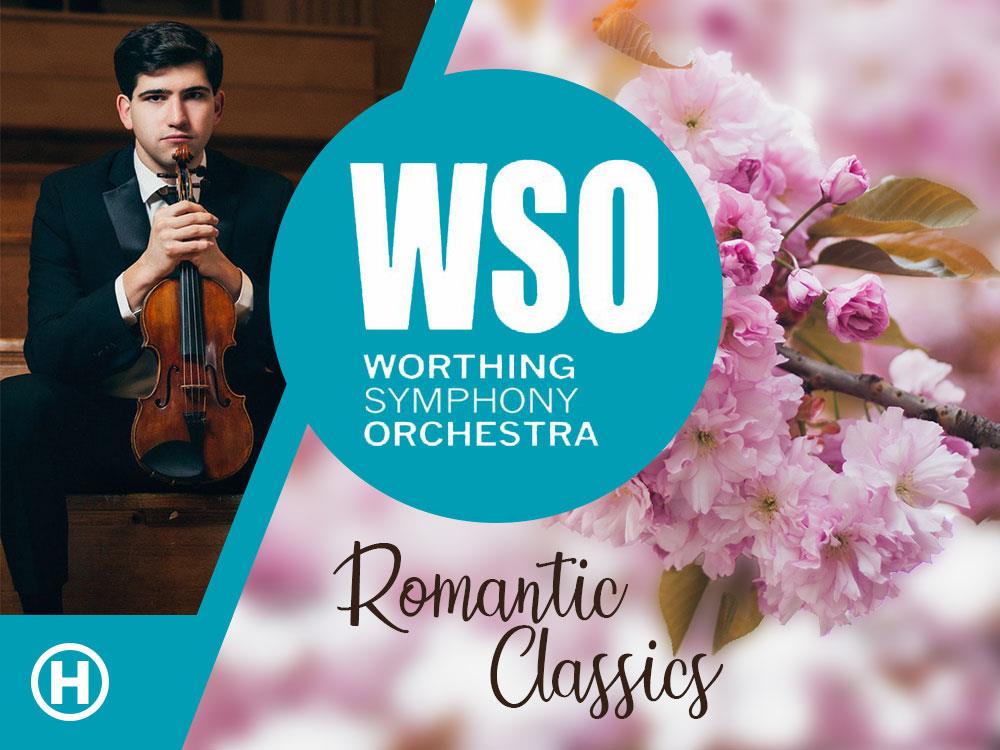 Romantic Classics | Soloist: Christian Grajner De Sa (Violin)
with Guest Conductor Hilary Davan Wetton
It’s been many seasons since WSO last invited a guest conductor, so it is a great honour to welcome the legendary Hilary Davan Wetton to conduct the third in the Orchestra’s Spring series of concerts.

Well known to audiences across the south-east, Hilary is a truly inspiring musician, who has founded many music groups including the much-recorded Holst Singers and the Milton Keynes City Orchestra. Hilary has also had a distinguished career as an educator (Director of Music at both St Paul’s School, Hammersmith and Tonbridge School) and choral director (including Artistic Director to the Military Wives Choirs).

He will be joined by rising violin star Christian Grajner de Sa to play one of the most popular violin concertos of all time – Bruch’s First Concerto in G minor. Born in 1994 to Italian and Portuguese parents, Christian was awarded the Royal Academy of Music’s Leverhulme Scholarship aged just 13.

Beethoven’s Egmont Overture powerfully and beautifully tells the story of Count Egmont’s resistance to the Spanish Inquisition (for which he paid with his life), while Mendelssohn’s Third Symphony (Scottish) was inspired by the composer’s visit to the rugged ruins of Holyrood:

“We went, in the deep twilight, to the palace of Holyrood, where Queen Mary lived and loved…”