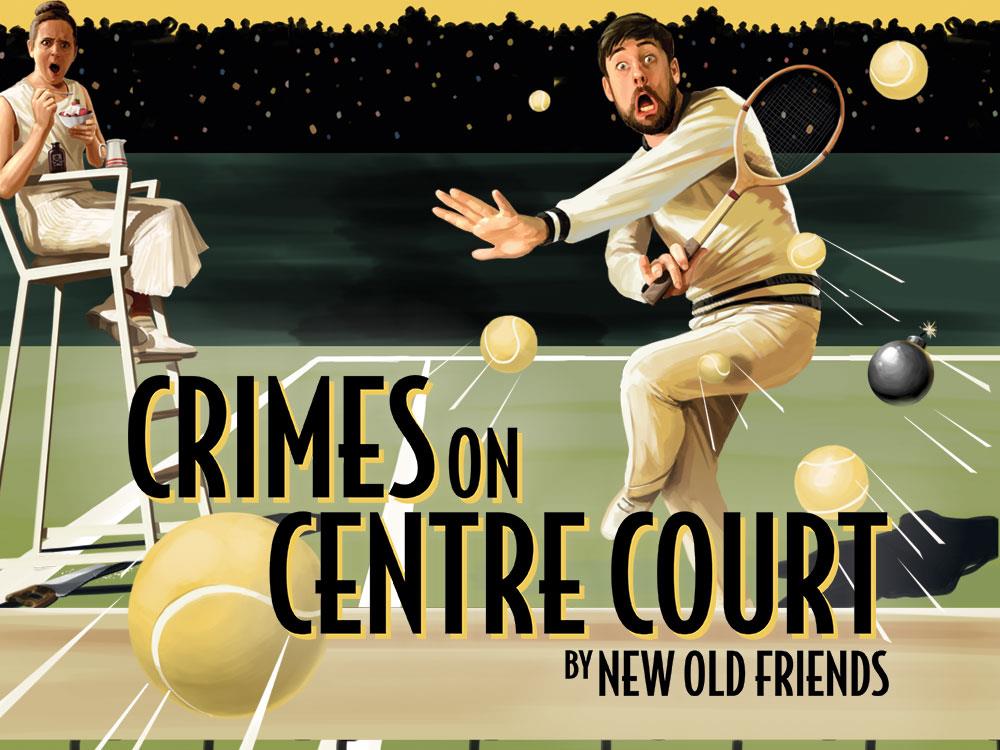 Comedic theatre company New Old Friends deliver a huge dose of mirth, murder and mayhem with a side of tennis! Lord Knows, the chair of The Wombledon International tennis tournament, has died and his son, Hugh, is suspicious. The police won’t take the case so Hugh calls in private investigators Perry & Penny Pink to crack the case.

What transpires is a show of theatrical hilarity, a cast of four performers playing countless characters with quick-fire changes and quicker wits à la The Thirty Nine Steps. Laugh out loud at wildly inventive set-pieces, twisty plots and an unerring commitment to pure entertainment. Based on a story from their award-winning podcast, New Old Friends serve up a theatre treat sweeter than strawberries and cream!