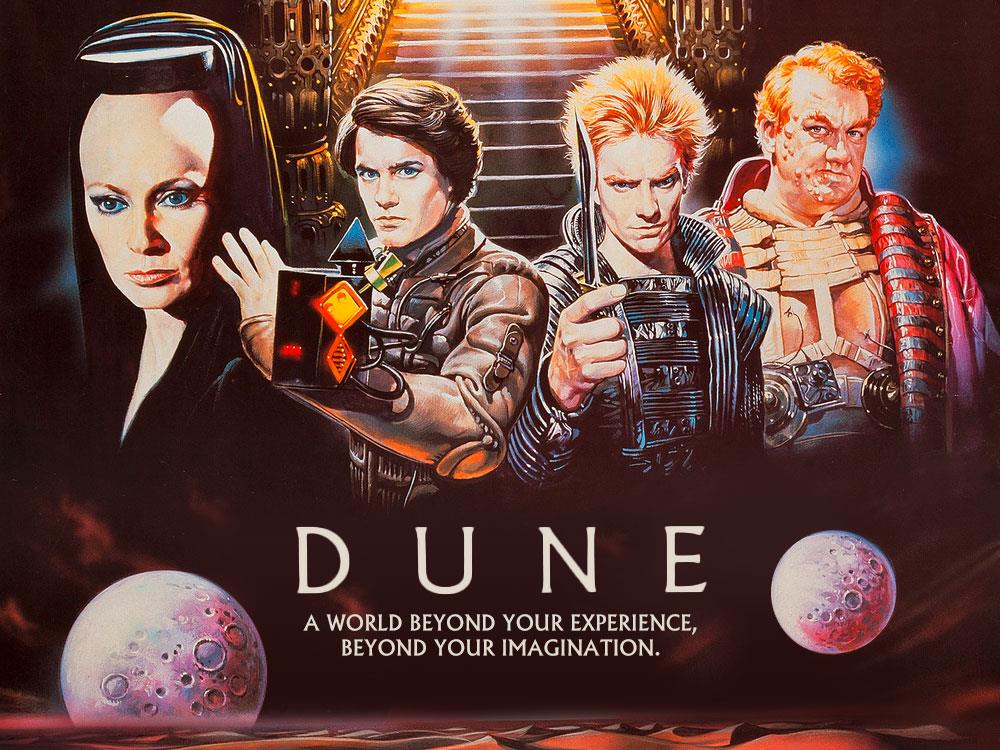 David lynch’s original space opera back on the BIG SCREEN in 4K!

Worthing Film Club presents…
In the year 10191, a spice called melange is the most valuable substance known in the universe, and its only source is the desert planet Arrakis. A royal decree awards Arrakis to Duke Leto Atreides and ousts his bitter enemies, the Harkonnens. However, when the Harkonnens violently seize back their fiefdom, it is up to Paul, Leto’s son, to lead the Fremen, the natives of Arrakis, in a battle for control of the planet and its spice. Based on Frank Herbert’s epic novel.

Directed, and subsequently disowned, by David Lynch. The film is now recognised as a cult classic and features amazing visuals and an all-star cast.

Please Note: This performance is unallocated. This is the original Dune from 1984, not the 2021 film.