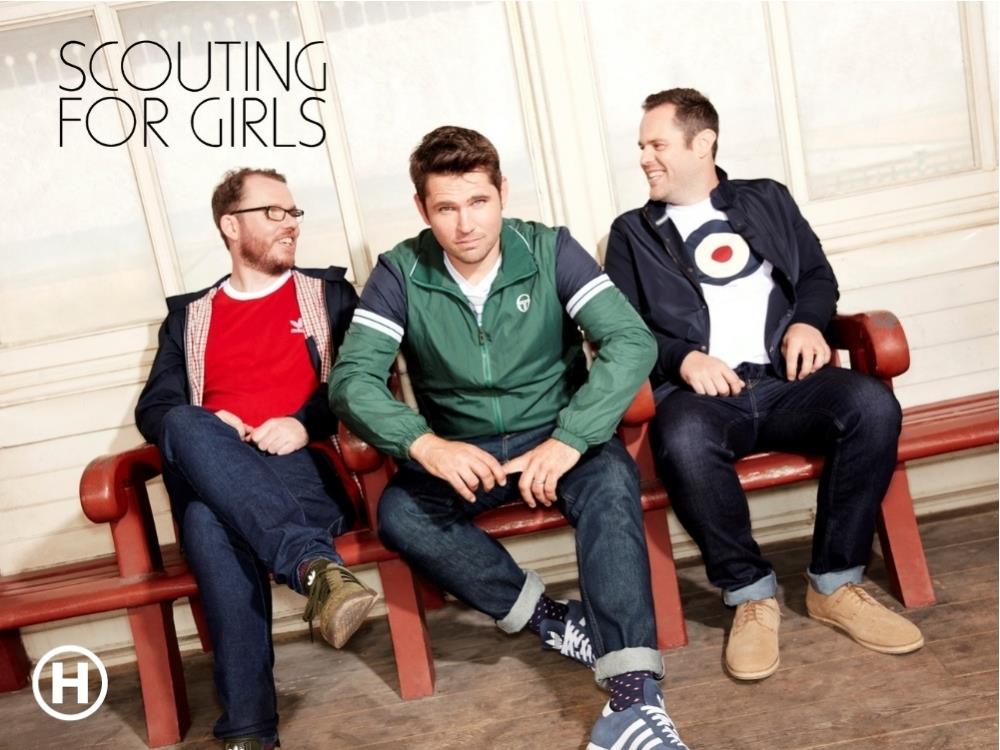 Under 14's to be accompanied by an adult

Scouting For Girls on a mammoth headline tour for Autumn 2021

With touring almost entirely curtailed in 2020, the band want to get out across the UK and this tour will be the longest in the history of the band, visiting many new towns and cities. And with the new tracks from Easy Cover to perform as well as all the band’s hits, this is going to be one big Scouting for Girls party!

Roy commented; “Touring is our very favourite aspect of being in this band and to go out longer and harder than ever is a dream come true. We’re going to put 2020 behind us and put two years of pent-up energy into every night of this tour – We can’t wait to give people the most fun night out of 2021”

Throughout Scouting For Girls’ immensely successful career they’ve sold over two million albums, two million singles, had four Brit Award nominations, an Ivor Novello nomination, had four top ten singles, sold-out Wembley Arena, The Royal Albert Hall and most recently sold-out two nights at The London Palladium and had a series of hit singles all of which were inescapable radio smashes. Scouting For Girls continue to prove they are unstoppable.

WTM is acting as a ticket agent on behalf of the production company responsible for this performance.
Please Note 7pm is the ‘Doors Open’ time for this show. We will update when we get the time of the show confirmed.