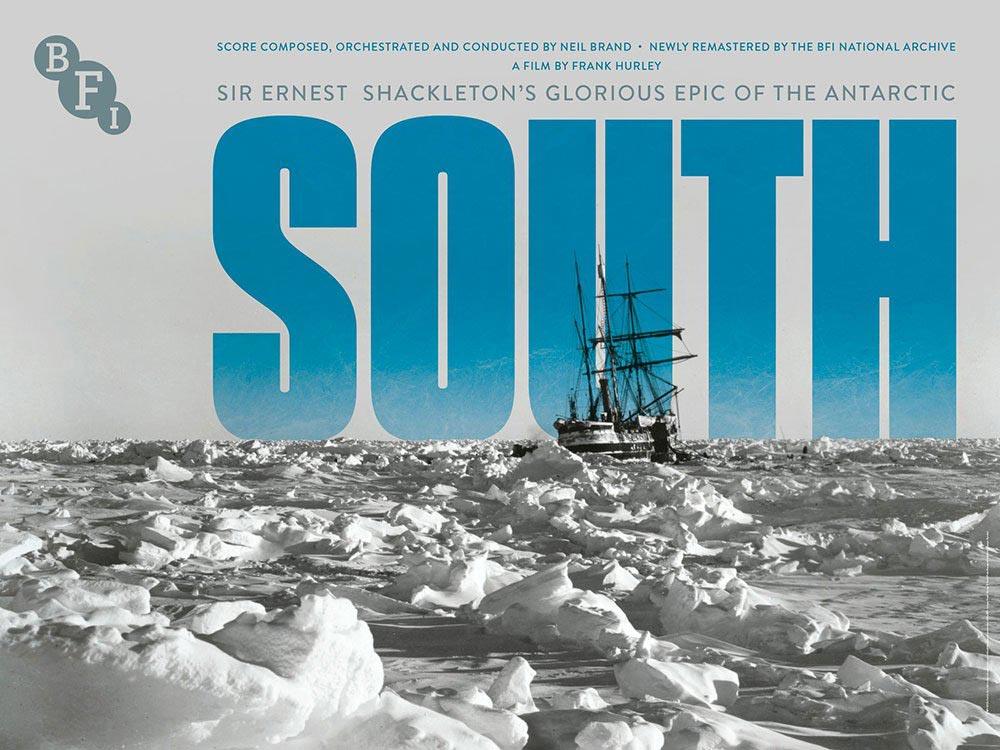 Considered the world’s first documentary feature South is the original film – exquisitely photographed by Frank Hurley – of Sir Ernest Shackleton’s 1914-16 Endurance expedition to Antarctica, during which the ship was crushed by ice, stranding the crew. The ship sails south, breaking the ice, and ultimately getting trapped by the fast-changing weather. The ship breaks up in the ice, and while 22 men and 70 dogs wait on Elephant Island, Shackleton and a crew of five take a 20-foot lifeboat 800 miles to South Georgia Island to mount a rescue mission. We also get a good look at the exotic animals of the region, particularly the penguins

Notable for its stunningly dramatic images and the matter-of-fact way in which it deals with the actions of the explorer in the face of death, the film has been digitally remastered by BFI National Archive with a newly commissioned score by Neil Brand.

We have a brief Explorer Series of films. Click here for the other films in the season.