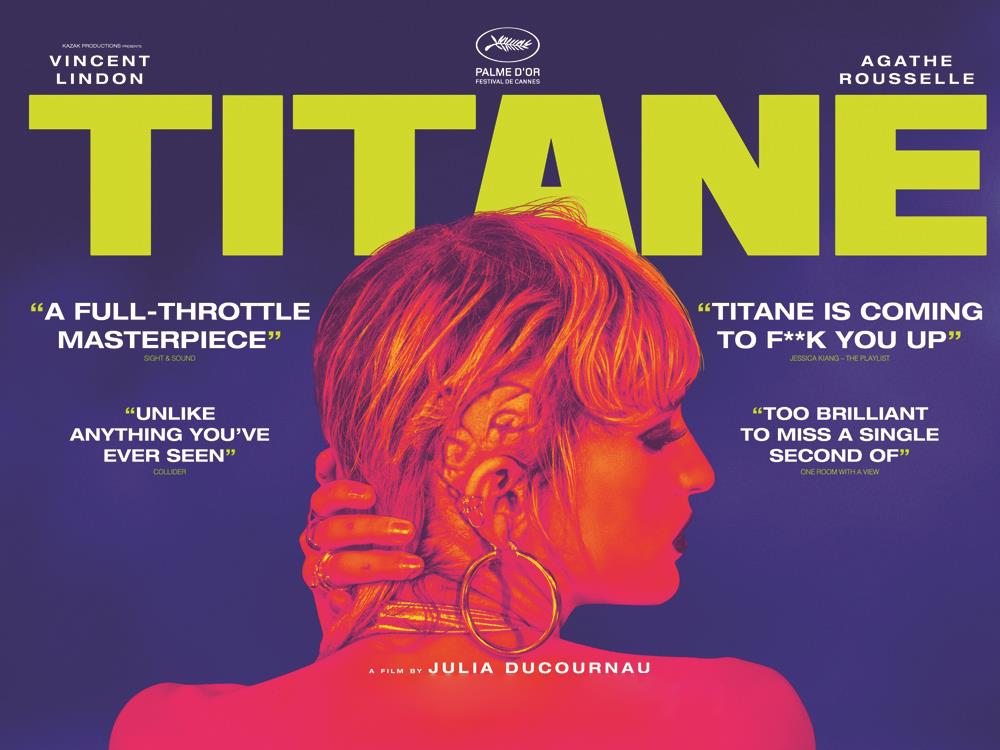 Award-winning extreme cinema from the director of Raw

Alexia suffers a terrible skull injury and has a titanium plate fitted into her head. When she gets out of the hospital, she rejects her parents and embraces passionately the car that almost killed her. The coming years she has problems with her sexuality and meets Vincent. Vincent is a tortured man who tries to preserve his strength by injecting steroids into his aging body. Will they find a way to deal with their emotional problems?

Winner of the Palme d’Or at the Canne Film Festival 2021.

★★★★★ Strange, frequently haunting, occasionally hilarious and ultimately masterful Observer
★★★★ Another gut punch from a director who will hopefully be unleashing her pulverising, punky visions on cinema screens for years to come. Time Out
★★★★ A nightmarish yet mischievously comic barrage of sex, violence, lurid lighting and pounding music. It’s also impossible to predict where it’s going to go next BBC

More showings to be confirmed soon!