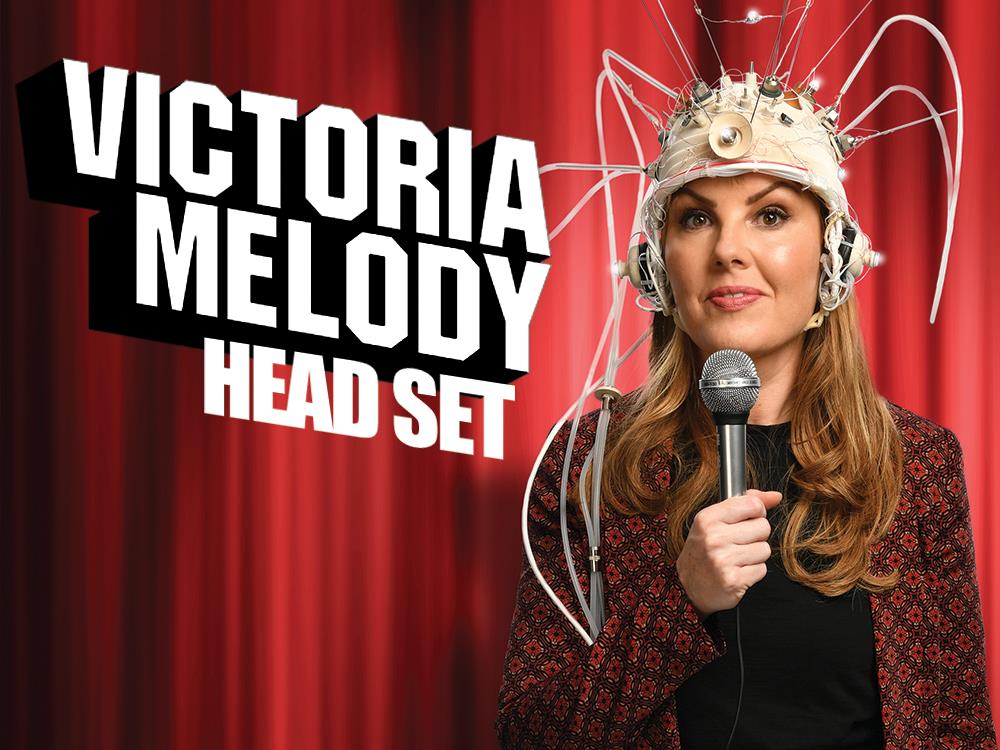 Victoria Melody explores amateur stand-up comedy and how to make peace with our disordered and messy brains.

Victoria Melody, deciding to quit her career in theatre, turns to her plan B; the thing she’s always secretly known she’d be brilliant at…stand-up comedy. She embeds herself into the amateur stand-up scene, a world with its own rules, culture and behaviours. Problem is stand-up is much harder than it seems and Victoria’s has always struggled with communication and words. In her mind she sounds like a genius but what comes out of her mouth sounds like a baby, a baby woman.

Driven by an ambition to become a better stand-up she seeks out help from a speech and language specialist, leading to a string of diagnosis’s and finds out at the grand old age of 40 that she’s neurodivergent. Using wearable technology and working with a neuroscientist they make a revolutionary discovery that might be a natural cure for ADHD. Head Set is a hilarious, insightful and surreal odyssey -A story about trying to control your own brain, neurodivergency, the chaos and hilarity of life.