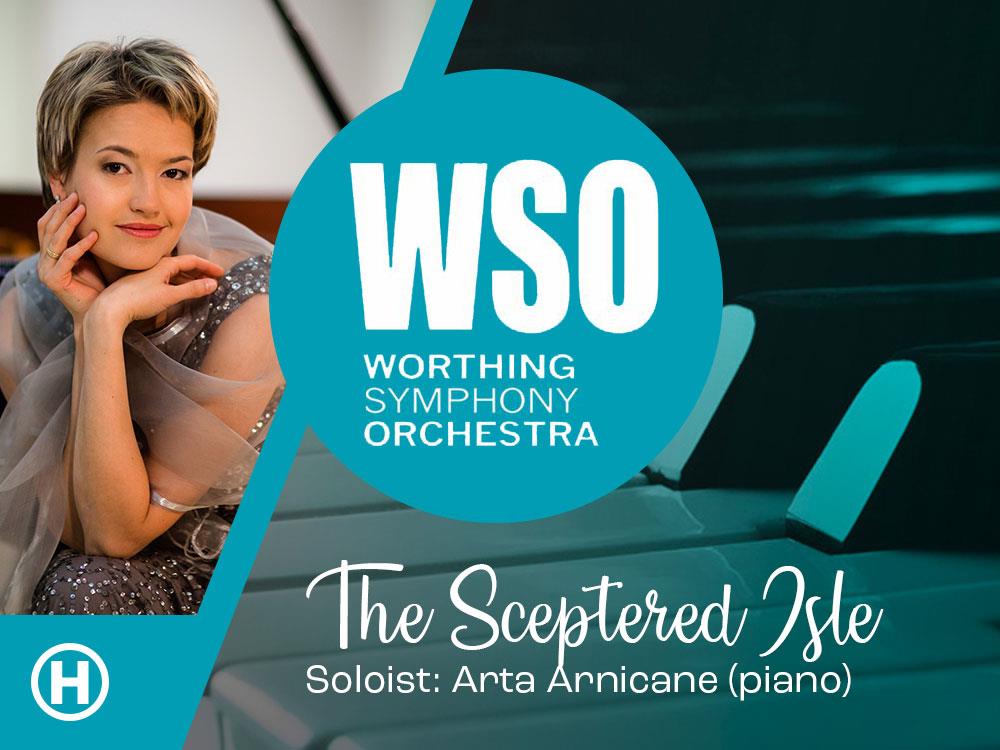 The final concert of WSO’s 2022/23 Season welcomes Latvian pianist Arta Arnicane, who was the winner of the 1st Sussex International Piano Competition, and is well known to local audiences for her dazzling, intensely musical performances. She returns to Worthing to play Rachmaninoff’s Rhapsody on a theme of Paganini. Composed in Switzerland in 1934, it comprises 24 variations on the 24th Caprice for solo violin by Paganini. It includes the sublime 18th Variation, often included on its own in classical compilations. Here the theme is turned upside and given the full romantic treatment.

Edward Elgar’s great Symphony No.1 in Ab major was a major sensation when premiered by the Halle Orchestra conducted by Hans Richter in 1908. A few days later, at the first rehearsal with the London Symphony Orchestra, Richter declared “Gentlemen, let us now rehearse the greatest symphony of modern times, written by the greatest modern composer – and not only in this country.”

This concert also includes a true rarity: the Sussex Overture by Sussex resident Harold Whibley who died in Worthing in 1984.